Tyler Cowen points me to a Washington Post story today about the fact that lots of people are confused by computers. Today, though, the computers are really small and we call them smartphones:

For [old fogies], there is nothing intuitive at all about manipulating data with their fingers, whether it be swiping screens back and forth, pinching to shrink an image, or entering information into glass. They typically worry that 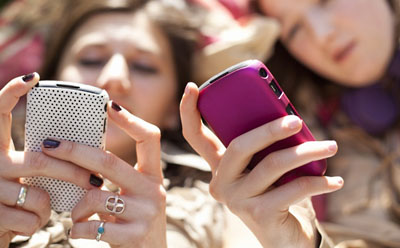 doing something wrong on the phone will cause it to self-combust.

This has always been the big problem with computers for non-power users: the fear of doing something that will screw everything up. Generally speaking, it’s overblown, and most people would be better off experimenting a bit more. Still, it’s hardly a trivial concern. I’ve been using computers for more than three decades, and even now I’m occasionally nonplussed by hitting some key combination or other that puts my computer into an unknown mode that I don’t know how to get out of. Thank God for Google, which almost always answers my questions.

Other issues aren’t nearly as mysterious as the Post thinks. A Harris Poll, for example shows that “just 5 percent of Americans used their smartphones to show codes for movie admission or to show an airline boarding pass.” That’s not surprising. A fairly small percentage of Americans fly or go to the movies regularly, and there’s really not much point in trying to figure out how to do something with your smartphone unless you do it a lot. Besides, getting a boarding pass or buying a movie ticket isn’t that hard in the first place. And what if your battery goes dead?

Anyway, I’m just the opposite. I’m thinking of getting a new phone, and although there are some good reasons for this (bigger screen, free tethering, etc.), it’s mostly just because I’m bored with my iPhone and I want to try something new. How about a Nokia Windows phone? My Windows tablet has turned out to be better than I expected, so maybe I should get on the bleeding edge and try it on my phone. T-Mobile will sign me up for $50 per month with a bunch of nifty features, and that would put me on the bleeding edge again since I have no idea if T-Mobile coverage is any good. But life is always better with a soupçon of risk and danger. Besides, screaming at your computer is very cathartic, isn’t it?