Mt. Gox, the biggest name in Bitcoin exchanges, has apparently suffered a huge, ongoing theft amounting to several hundred million dollars. Today, their website is shut down. All is chaos, and science fiction author Charles Stross doesn’t have much sympathy:

C’mon, folks. Mt. Gox was a trading card swap mart set up by an amateur coder and implemented in PHP!….I’ve written software that handled financial transactions for a dot-com startup—a payment service provider, now a 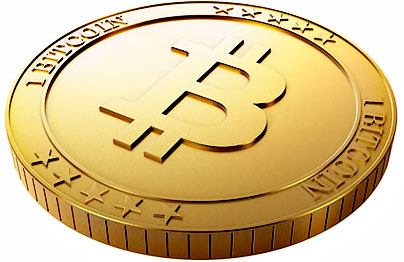 subsidiary of Mastercard. Been there, got the scars.

….You can’t do this shit on an amateur basis and not get burned….Datacash grew from a tiny seed (about 30 credit card transactions in our first three months) to something that was handling around 20,000 transactions per server per day when I left in early 2000, following 30% compound growth per month for an extended period; the early codebase was retired as rapidly as was feasible, the company had penetration testers, an in-house crypto specialist, and coding standards with test harnesses and QA well before it was handling 10% of MtGox’s turnover … and still shit happened. From what I’ve read, I’m not convinced that MtGox ever understood what financial security entails. But the fault isn’t theirs alone. The real fault lies with Bitcoin itself.

A real currency with a fiscal policy and the backing of a state that could raise loans would be able to ride out this insult. It’d be extraordinarily painful, but it wouldn’t devastate the currency in perpetuity. But Bitcoin doesn’t have a fiscal policy: it wears a gimp suit and a ball gag, padlocked into permanent deflation and with the rate of issue of new “notes” governed by the law of algorithmic complexity.

Personally, I consider Bitcoin useful in one narrow way: it forces people to think about what a fiat currency really is. Bitcoin, after all, is the ultimate fiat currency: just a bunch of ones and zeroes on a computer with no intrinsic value. But so are all currencies. The difference is that it’s more obvious with Bitcoin because the entire enterprise is actively marketed as nothing more than algorithmically-created data. It’s one of their big selling points.

So that forces you to think about what the ultimate value of a Bitcoin can be. And if there isn’t any, then why do dollars and yen have value? Why do IOUs passed around in prison camps have value? Or babysitting chits? Once you figure out what ultimately underlies the value of these various fiat currencies, you’ve taken a big step toward understanding why some currencies are better than others and why playing games with the debt ceiling is so stupid.