President Obama this week will seek to force American businesses to pay more overtime to millions of workers, the latest move by his administration to confront corporations that have had soaring profits even as wages have stagnated….Mr. Obama’s decision to use his executive authority to change the nation’s overtime rules is likely to be seen as a challenge to Republicans in Congress, who have already blocked most of the president’s economic agenda and have said they intend to fight his proposal to raise the federal minimum wage to $10.10 per hour from $7.25.

This is obviously just the latest in Obama’s long series of Constitution-crushing moves that flout the law and turn the president into a despot-in-chief, gleefully kneecapping Congress and — wait. What’s this?

In 2004, business groups persuaded President George W. Bush’s administration to allow them greater latitude on exempting salaried white-collar workers from overtime pay, even as organized labor objected….Mr. Obama’s authority to act comes from his ability as president to revise the rules that carry out the Fair Labor Standards Act, which Congress originally passed in 1938. Mr. Bush and previous 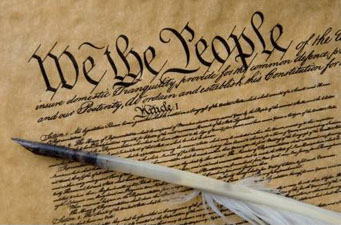 presidents used similar tactics at times to work around opponents in Congress.

Oh. So he’s just doing the same stuff that every other president has done. Sorry about that. You may go about your business.

For what it’s worth, this gets to the heart of my impatience with all the right-wing hysteria about how Obama is shredding the Constitution and turning himself into a modern-day Napoleon. I’m not unpersuadable on the general point that Obama’s executive orders sometimes go too far. But so far no one has provided any evidence that Obama has done anything more than any other modern president. They all issue executive orders, and Obama has actually issued fewer than most. They all urge the federal bureaucracy to reinterpret regulations in liberal or conservative directions. They all appoint agency heads with mandates to push the rulemaking process in agreeable directions. And they all get taken to court over this stuff and sometimes get their hats handed to them.

Is Obama opening up whole new vistas in executive overreach? I don’t see it, and I don’t even see anyone making the case seriously. You can’t just run down a laundry list of executive actions you happen to dislike. You need to take a genuinely evenhanded look at the past 30 or 40 years of this stuff and make an argument that Obama is doing something unique. Until you do that, you’re just playing dumb partisan games.