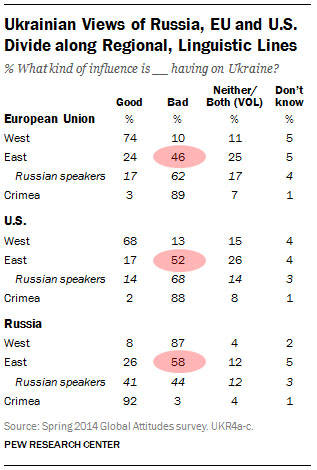 I don’t have a lot to add to this, but I thought this recent poll result from Pew was sort of fascinating. It’s part of a survey of Ukrainian attitudes toward governance, and the main takeaway is that Ukrainians from both east and west are strongly in favor of remaining united. Even in the east, only 18 percent favor allowing regions to secede.