The Republican obsession with Benghazi is about to get yet another airing, and as much as I’m loath to waste time on this, I’d like to make a point that even a lot of liberals still seem to be confused about. It’s about the video.

First, a quick recap: A few days after the attacks, the intelligence community believed that the initial street protests in Benghazi had been prompted by anger over the Arabic-language version of the “Innocence of Muslims” video, which had been posted on YouTube a few days earlier. The White House repeated this publicly, and conservatives immediately cried foul. Benghazi was a plain and simple terror attack, they said, and the video had nothing 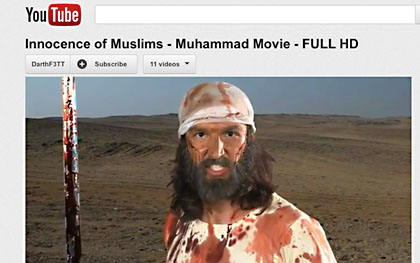 to do with it. The White House was pretending otherwise in order to divert attention from its failure to anticipate and stop the attacks, which might have reflected badly on its overall anti-terrorism efforts in the runup to the 2012 election.

Today, even supporters of the administration acknowledge that the video played no role. Their defense is that at the time the CIA thought the video had inspired protests earlier in the day, and the White House was simply passing along its best knowledge. That turned out to be wrong, but it was the best assessment at the time.

But here’s the thing: it wasn’t wrong. The CIA was mistaken about the existence of protests earlier in the day, but not about the role of the video. David Kirkpatrick of the New York Times has written about this extensively, starting just a few weeks after the attacks, and last December he put together a definitive account of what happened in Benghazi on September 11, 2012. Here’s a piece:

The leader of Benghazi’s most overtly anti-Western militia, Ansar al-Shariah, boasted a few months before the attack that his fighters could “flatten” the American Mission. Surveillance of the American compound appears to have been underway at least 12 hours before the assault started.

The violence, though, also had spontaneous elements. Anger at the video motivated the initial attack. Dozens of people joined in, some of them provoked by the video and others responding to fast-spreading false rumors that guards inside the American compound had shot Libyan protesters. Looters and arsonists, without any sign of a plan, were the ones who ravaged the compound after the initial attack, according to more than a dozen Libyan witnesses as well as many American officials who have viewed the footage from security cameras.

….There is no doubt that anger over the video motivated many attackers. A Libyan journalist working for The New York Times was blocked from entering by the sentries outside, and he learned of the film from the fighters who stopped him. Other Libyan witnesses, too, said they received lectures from the attackers about the evil of the film and the virtue of defending the prophet.

Click here for a fuller account of the video. As Kirkpatrick says, there were a lot of moving parts behind the Benghazi attacks. The entire city was a tinderbox, and plenty of Libyan militants knew the CIA was active there. But the simple fact is that the video played a role. We can argue over how big that role was, and about whether the White House was properly cautious in its public statements. But the best evidence we have from witnesses on the ground is clear: the “Innocence of Muslims” video inspired the initial attacks, which then escalated as armed extremists took over.

That’s it. Blaming the video wasn’t a mistake. It was a real thing.

UPDATE: David Corn has a complete timeline here on how Benghazi fever took hold of the GOP yet again this week.