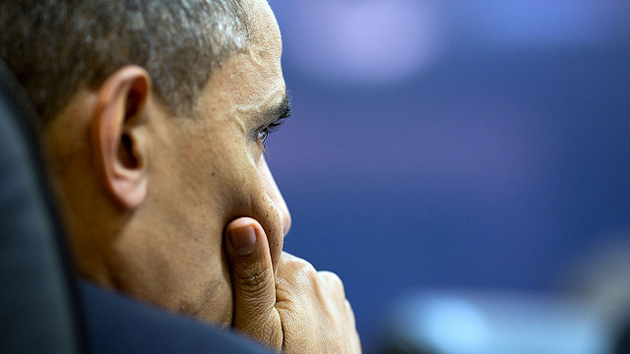 The theory of the six-year itch is well-known phenomenon: American presidents suffer all too often during their second terms from an onslaught of scandals that hobble their ability to act. Larry Summers thinks this is a good reason to ditch the limit of two four-year terms and instead switch to a single six-year term. Jonathan Bernstein isn’t buying it:

He can point to all sorts of second-term miseries going back to Franklin Roosevelt. But the apparent pattern doesn’t hold up that well. A classic example is Richard Nixon. Yes, Watergate dominated and ruined Nixon’s second term, but the series of abuses of power that cost him the presidency—and the initial cover-up—occurred during his first term. Similarly, George W. Bush’s second term was spoiled to a great extent by the Iraq war (which Summers bizarrely omits from his summary); Iraq, too, was a first-term decision.

Quite right. But I’m not sure this makes the point Bernstein wants it to make. Back in 2004 I predicted that if George Bush were reelected, he’d suffer through a bunch of scandals, and that turned out to be right. I suggested there were three reasons that second terms tended to be overrun by scandal, and this was No. 2:

Second, there’s the problem that second terms are, well, second terms. It takes more than two or three years for a serious scandal to unfold, and problems that start to surface midway through a president’s first term usually reach critical mass midway through his second term…George Bush is especially vulnerable to this since his first term already has several good candidates for scandals waiting to flower. Take your pick: Valerie Plame? The National Guard? Abu Ghraib? Intelligence failures? Or maybe something that hasn’t really crossed anybody’s radar screen yet, sort of like the “third-rate burglary” at the Watergate Hotel that no one took seriously in 1972.

I think Bernstein and I are saying similar things here. In Bush’s case, there were indeed some new problems in his second term: Katrina in 2005 and several assorted scandals that revolved around Jack Abramoff in 2006. The same has happened to Obama. Regardless of whether you think that things like Fast & Furious or Solyndra were genuine scandals (I don’t), they have the same effect. More recently, you can add the IRS and Benghazi. And again, regardless of whether these are real scandals or invented ones, they work the same way. Low-information voters don’t always pay attention to whether a scandal is “real.” They just keep hearing about one thing after another, and eventually conclude that where there’s smoke there’s fire.

As it happens, I’d say that Obama has done a remarkably good job of running a clean administration, and I suspect that scandalmania isn’t actually hurting him much. Despite the best efforts of Republicans to pretend otherwise, there’s just not much there. You can hate his policies or his personality or his competence or his leadership ability, but the truth is that he’s run a pretty clean shop on the scandal front.

Still, if you accept the general proposition that scandals tend to pile up over time, that means you’re likely to have a fairly impotent president by year six. And maybe that means a single six-year term would be for the best.

The problem with this is that there’s not much evidence for it. If six years really is some kind of magic scandal number, then you’d expect to see it at work elsewhere. But do you? How about in Britain, which has indeterminate terms? Or Germany, where Angela Merkel is heading into her ninth year in office? Or in cities and states without term limits? More generally, in other jurisdictions with different terms, how much evidence is there that voters become highly sensitive to mounting scandals by year six?

Not much, I think, though I suspect that voters do just generally get tired of politicians and parties after about six years or so. After all, by then it’s clear that all the stuff they promised won’t happen, so why not give the other guys a shot? Hell, lots of people are complaining these days about Obama failing to bring postpartisan peace and harmony to Washington, DC, as if there were much he could ever have done about that in the face of unprecedentedly unanimous obstruction from Republicans starting on day one. But still: He did say that was one of his goals, and he sure hasn’t delivered it. So let’s throw him out. The next president will be able to do it for sure. Right?