Over at FP, David Rothkopf has a long and critical examination of President Obama’s foreign policy. Unfortunately, it starts with a biting assessment from “one of America’s most dependable Middle Eastern allies,” which is almost single-handedly enough to disqualify it as serious analysis. Anyone who still thinks that America’s “most dependable” Mideast allies have anything but their 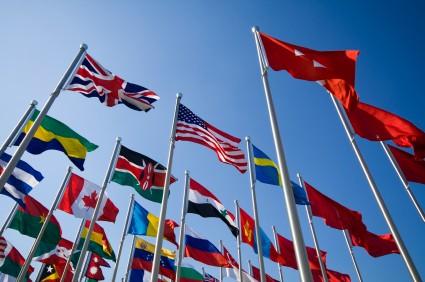 own ancient parochial hatreds at heart really needs to find a different line of work.

But for some reason I kept reading. And as usual, among the endless parade of Obama horror stories, Syria looms the largest:

On Aug. 20, 2012, Obama met with reporters to discuss the crisis in Syria….In an unscripted moment, he suggested that he would take action against the Syrian regime if it used chemical weapons….Despite intelligence reports of multiple violations of that red line, the White House managed to ignore or sidestep the issue — that is, until exactly one year later, when, on Aug. 21, 2013, a major chemical-weapons attack claimed the lives of an estimated 1,429 people in Ghouta, a Damascus suburb.

The tripwire strung by the president himself had been clearly and unmistakably tripped. Now, his credibility was at stake.

Three days later, Obama met with his national security team and indicated that he was inclined to strike Syria….Lacking many close relationships with European or other world leaders, he called one of the few he thought he could count on: British Prime Minister David Cameron….But Obama, Cameron, and their teams would soon discover that they had moved too quickly and had badly miscalculated….Parliament rejected Cameron’s call to arms.

This coincided with the U.S. Congress’s growing doubts about the action. Some, perhaps most, of this was politics….Despite these headwinds, by the afternoon of Aug. 30, 2013, the White House appeared set to follow through on the limited-attack option….But later that afternoon, the president went on a walk around the South Lawn of the White House with his chief of staff, Denis McDonough….Afterward, when the two joined a small group of top advisors in the Oval Office, Obama reportedly announced, “I have a big idea I want to run by you guys,” and then segued into his new plan to put action on hold until he could get a formal vote of congressional support.

….”This was the real turning point for the administration’s foreign policy,” a former senior Obama advisor told me. “This was when things really started to go bad.”

With Syria festering for more than two years amid pleas to the United States for leadership and support from longtime regional allies, the media was primed to respond, and many critics immediately assailed the president for being indecisive….It also set a precedent that would seemingly require the president to seek congressional approval for future military actions, even though the War Powers Resolution explicitly notes that he does not require it.

Rothkopf takes this as a fatal error, but it’s telling what he thinks the error is. Obama has long had a fairly consistent belief that you should avoid bellicose, uncompromising rhetoric, but on August 20, 2012, he momentarily forgot that and set his infamous red line on Syrian use of chemical weapons. A year later, with his “credibility” at stake—perhaps the cause of more dumb wars than anything else in history—he was inclined to launch a military strike on Syria. But then he thought harder about it and decided to see if there was any support for the idea. As it turned out, there wasn’t. Despite the endless hectoring of Republicans, when it came time to actually support a military response, they decided that playing politics was more important. And so Obama backed down.

Rothkopf thinks this was Obama’s big mistake. But there’s an alternative reading: that setting the red line in the first place was the real mistake. It took a while, but eventually Obama concluded that maybe it wasn’t wise to let our foreign policy be dictated by a brief, intemperate remark. Figuring that out, rather than being goaded into a pointless response, is a rare sign of wisdom in a president, most of whom serve out their entire terms in endless fear of the media questioning their credibility.

The rest of Rothkopf’s piece is choppy and incoherent enough that I couldn’t really make sense of it. He thinks George Bush deserves credit for finally adopting a more diplomatic approach to foreign affairs in his second term, but criticizes Obama for continuing it. He praises Bush for adopting a more coherent foreign policy with less infighting in his second term, but criticizes Obama for basically doing the same thing from the start. He’s obscurely critical of Obama’s habit of asking everyone in a meeting for their opinions, and then not making a decision instantly. I don’t quite know why. And there’s the usual criticism of disjointed decision making and personality conflicts, which as near as I can tell has been a staple of foreign policy thumbsuckers since about the time of George Washington.

More generally, Rothkopf criticizes Obama for not learning from his mistakes, but he seems not to understand that Obama has learned from his mistakes. Among other things, he’s learned that even the limited appetite he had for military intervention in his first term was probably too much. In his second term, he’s even more reticent to use military force. But apparently this doesn’t count as a lesson learned. Not in the world of serious foreign policy, anyway.