In the LA Times today, David Zucchino takes a long look at the state of the Iraqi army, and he comes away pretty unimpressed. He begins with the collapse of two divisions during the battle for Mosul last June:

Shehab and others in his battalion describe Iraq’s security forces as poorly led and sparsely equipped….Discipline is ragged, men disappear or go on leave at will, and commanders list “ghost soldiers” while collecting their paychecks, they said.

….The U.S. military has not explained how a few more months of “advise and assist” will create a functional army after years of training was followed by wholesale desertions in Mosul and in Anbar province to the west of Baghdad….Asked how many Iraqi security forces are combat-ready today, a U.S. Central Command spokesman, Maj. 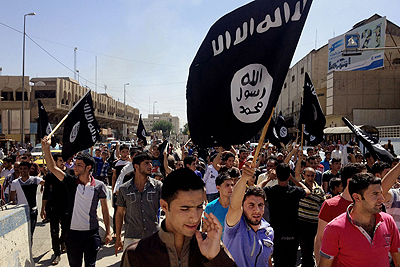 Curtis J. Kellogg, said the command could not provide an estimate. He suggested asking the Iraqi army.

….Officers in one of many units that collapsed in Mosul, the 2nd Battalion of Iraq’s 3rd Federal Police Division, said their U.S. training was useful. But as soon as their American advisors left, they said, soldiers and police went back to their ways. “Our commanders told us to ignore what the Americans taught us,” Shehab said. “They said, ‘We’ll do it our way.'”

….Retired Lt. Gen. James M. Dubik, in charge of Iraqi training in 2007 and 2008….estimated that up to 60% of the army could be combat effective if properly led and backed by U.S. advisors and airstrikes. But he questioned whether 1,400 advisors can reconstitute a badly fractured force in a matter of months.

“I don’t know what they’re doing, frankly,” Dubik said of the advisors. “I see us as very slow on the uptake politically and militarily. Ultimately, we will need more advisors and trainers.”

In a sense, there’s nothing new in this report. But it underlines the fact that we’ve never been given even a remotely plausible plan for how our training mission in Iraq is supposed to work. Apparently that’s because we don’t really have one, and it’s frankly unclear if even the military advisors who are doing the training really believe in their own mission.

It’s a mistake to think of ISIS as some kind of superhuman force that inevitably destroys anything in its path. When all’s said and done, it’s still no more than ten or twenty thousand fighters taking advantage of sectarian divisions to assert tentative control over Sunni areas of Iraq. Nonetheless, we’ve seen this movie before in the mid-2000s, and it took years of effort—involving far, far more than 1,400 advisors—combined with the eventual revolt of Sunni chieftains to finally regain control of Iraq. And even that was temporary thanks to the unwillingness of the Iraqi leadership to make even a pretense of forming an inclusive government. Without a political reconciliation, it turned out that our military victories were hollow.

Apparently the air campaign against ISIS has been somewhat effective—if not at turning them back, at least at preventing their further spread. But a broader victory requires both the political compromise that evaded us last time, as well as a plan for rebuilding the Iraqi army. We should be very nervous when no one seems able to provide even some routine happy talk about how our 1,400 advisors are going to put Humpty Dumpty back together again. It’s hard to see where this goes from here.