Dylan Matthews, after running down all the obnoxious amendments to the omnibus spending bill currently wending its way through Congress, wonders aloud if it’s still worth supporting:

If you’re Barack Obama, or a liberal Democrat generally, most of these riders are setbacks, in some cases significant ones. Indeed, Obama’s condemned the Dodd-Frank and campaign finance provisions. He could, in theory, reject the deal and demand that Congress send him a bill without changes to Dodd-Frank, or one that doesn’t meddle in DC’s affairs, etc. 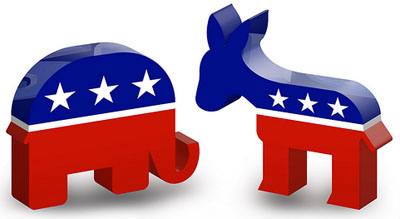 And yet he has come out in favor of House passage of the bill.

Is he making a massive mistake?

This is one of those things that demonstrates the chasm between political activists and analysts on the one side, and working politicians on the other. If you take a look at the bill, it does indeed have a bunch of objectionable features. People like me, with nothing really at stake, can bitch and moan about them endlessly. But you know what? For all the interminable whining we do about the death of bipartisanship in Washington, this is what bipartisanship looks like. It always has. It’s messy, it’s ugly, and it’s petty. Little favors get inserted into bills to win votes. Other favors get inserted as payback for the initial favors. Special interests get stroked. Party whips get a workout.

That’s politics. The fact that it’s happening right now is, in a weird sense, actually good news. It means that, for a few days at least, politics is working normally again.

I understand that this sounds very Slatepitchy. But it’s true. Even at its best, politics is lubricated by venality, ego, and mutual backscratching. And you know what? By the normal standards of this kind of stuff, the obnoxious riders in the current spending bill are pretty mild. Really. The only one that rises above the level of a political misdemeanor is the provision that allows banks to get back into the custom swaps business, and even that’s hardly the end of the world. Swaps may have provided a tailwind to the 2008 financial collapse, but they were far from its core cause.

So should working politicians avert their gaze from the muck and vote to keep the government functioning? Of course they should. Government shutdowns are immensely costly in their own right, after all. This kind of crass calculus sucks, but that’s human nature for you. All things considered, I’d say we all got off fairly easy this time around.