Via the Washington Post, here are the top 10 key findings of the Senate torture report: 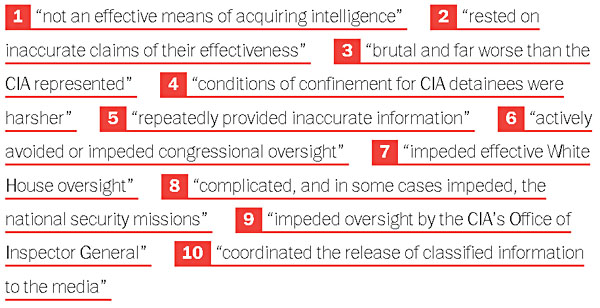 The rest of the report is just 600 pages of supporting evidence. But the core narrative that describes a barbarous, calculated, and sustained corruption of both our national values and our most fundamental moral principles is simple. We tortured prisoners, and then we lied about it. That’s it.