From the “things that make you go hmmm” file:

President Vladimir V. Putin said Monday that he would scrap Russia’s South Stream gas pipeline, a grandiose project that was once intended to establish the country’s dominance in southeastern Europe but instead fell victim to Russia’s increasingly toxic relationship with the West. It was a rare diplomatic defeat for Mr. Putin, who 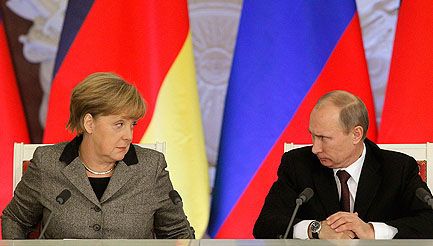 said Russia would redirect the pipeline to Turkey. He painted the failure to build the pipeline as a loss for Europe and blamed Brussels for its intransigence.

Say what? Militarily, Putin has had a mixed year: a clean and quick military victory in Crimea on the upside, but an ongoing military quagmire in eastern Ukraine on the downside. Diplomatically, though, it’s been an endless succession of bad news. Ukraine is more firmly allied to the West than ever. Finland is wondering if it might not be such a bad idea to join NATO after all. The Baltic states, along with just about every other Russian neighbor, are desperate to reinforce their borders—and their NATO commitments. Russia has been dumped from the G7 and Putin himself was brutally snubbed by practically every other world leader at the G20 meeting in Brisbane. Economic sanctions are wreaking havoc with the Russian economy. China took advantage of all this to drive a harder bargain in negotiations over the long-planned Siberian gas pipeline. Even Angela Merkel has finally turned on Putin. Diplomatically, this year has been a disaster for Russia.

Or am I missing something here? I gather that the Chinese public loves “Putin the Great” for standing up to the West, but that’s about it. Where are all the other diplomatic triumphs Putin is supposed to have won this year?