Combined, Obama’s hikes would raise $320 billion over a decade, or $32 billion per year. That’s just a smidge more than 1 percent of last year’s federal tax revenue—more than a rounding error, but not much more. Obama isn’t looking to soak the rich at this point so much as lightly spritz them.

Quite so. But I’m sure we’ll hear endless cries of class warfare anyway, especially over the proposal to end the step-up rule, which would effectively increase the estate tax on rich people. Can’t have that.

This actually fits with everything Obama has been doing lately: neither his legislative proposals nor his executive actions have been world shaking. It’s all small-ball stuff, designed as much to make a point as it is to actually make a difference. If you put them all together, Obama’s actions are a way of showing that (a) Democrats are reasonable folks, (b) they’re on 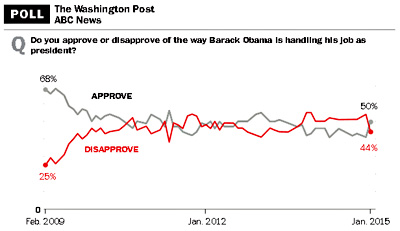 the side of the middle class, and (c) Republicans continue to be the party of plutocrats, adamantly opposed to even modest proposals that would tax the rich ever so slightly more.

Is it working? Well, as Greg Sargent points out, most of Obama’s proposals seem to be pretty popular, and his poll numbers have jumped up over the past month or so. Maybe this is just because everyone is happy about lower gasoline prices, but I’d guess that’s only a part of it. Obama’s steady stream of actions make him look good, and relentless opposition makes Republicans look bad. Seems like it’s working to me.