The FCC voted today in favor of strong net neutrality rules, but this is something that’s been expected for weeks—and something I’ve written about before at length. So instead of commenting on that yet again, I want to highlight something else that might be nearly as important:

The Federal Communications Commission will allow some cities and towns to set up and expand municipal Internet services, overruling state laws that had been put in place to block such efforts.

The commission granted petitions by Chattanooga, Tenn., and Wilson, N.C., to overturn laws that restricted the ability of communities in those states to offer broadband service. In all about 20 states have passed such laws. The vote was 3-2 and along party lines. The decisions don’t affect the 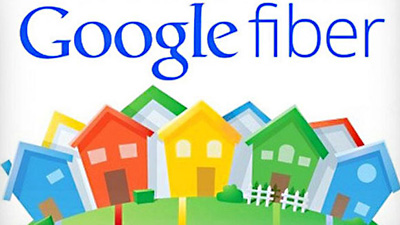 other states, but they do set a precedent for consideration of similar petitions in the future.

This is a step in the direction of creating more competition for broadband internet, which I think is at least as important as net neutrality regulations. So hooray for this ruling, which is a step in the right direction. And while we’re on the subject, it’s also worth noting that the FCC’s net neutrality decision could end up stimulating more broadband competition too. Why? Because net neutrality depends on regulating broadband providers under Title II of the Telecommunications Act, and this means that companies like Google, which are trying to set up their own high-speed networks, will be able to do it more cheaply. This is from a couple of months ago:

In a letter Tuesday to the FCC, Google’s director of communications law Austin Schlick highlighted a potential positive for the company if Title II kicks in. As a regulated telecom service, Google Fiber would get access to utility poles and other essential infrastructure owned by utilities. The FCC should make sure this happens because it would promote competition and spur more investment and deployment of broadband internet service, Schlick argued.

Cable and telecom companies, like Comcast and AT&T have long had the right to access utility poles and other important infrastructure, such as ducts, conduits and rights of way, he noted. Google Fiber, which competes against these companies, has not had this right and the service has had trouble getting access to some poles as it builds out its fiber-optic network to homes.

….Hooking up homes using poles is about a tenth of the price of digging trenches across streets and sidewalks, according to Reed Hundt, who was FCC chairman in the 1990s. “Pole access is fundamental and Google will never be able to make the case for Google Fiber without pole access,” he said. “If Title II gives Google pole access, then it might really rock the world with broadband access.”

If Google gains pole access, and cities and towns are free to set up their own high-speed networks, then local cable companies will finally start getting real competition in the high-speed internet market. Net neutrality is a big win for consumers, but real competition might be an even bigger win. This is far from a done deal, but things are starting to head in the right direction.