Still, this latest brouhaha is kind of interesting. Obama was speaking at the National Prayer Breakfast and said this:

As we speak, around the world, we see faith inspiring people to lift up one another….But we also see faith being twisted and distorted, used as a wedge — or, worse, sometimes used as a weapon….So how do we, as people of faith, reconcile these realities — the profound good, the strength, the tenacity, the compassion and love that can flow from all of our faiths, operating alongside those who seek to hijack religious for their own murderous ends?

Humanity has been grappling with these questions throughout human history….This is not unique to one group or one religion. There is a tendency in us, a sinful tendency that can pervert and distort our faith. In today’s world, when hate groups have their own Twitter accounts and bigotry can fester in hidden places in cyberspace, it can be even harder to counteract such intolerance. But God compels us to try.

Hmmm. Nothing wrong with that. We are all sinners, and sometimes we don’t live up to our highest ideals. Still, God calls on us to keep trying. This is the kind of thing we hear from fundamentalist preachers all the time—except for one thing. Obama actually named names. Here’s the bit I left out in the second paragraph:

Humanity has been grappling with these questions throughout human history. And lest we get on our high horse and think this is unique to some other place, remember that during the Crusades and the 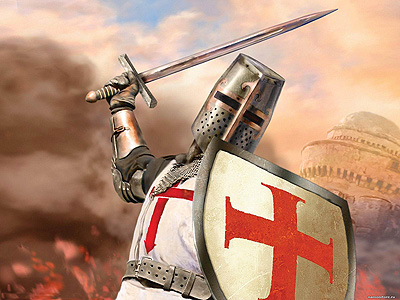 It’s one thing to agree that we are all sinners. But apparently it’s quite another to provide an example or two. America’s conservative Christians really, really don’t like that. They prefer to be make-believe sinners, not actual sinners who might have some actual sins to account for. Obama decided not to give them such an easy out, and that made them spitting mad.

It’s easy enough to laugh at this kind of cowardly refusal to acknowledge real sin. But that aside, Christopher Ingraham argues that Obama omitted a key nuance:

Some slave traders may indeed have sought justification for their actions in the Christian faith, but much of the trade was driven by economic reasons (a demand for cheap labor) and racism. The Crusades were just as much about political power as they were about religion.

….But the evidence also shows that religion has become a much more powerful motivator of terrorism in the past 15 years or so….And most religiously-motivated terrorism today is perpetrated by Islamist terrorists in the name of their misreading of Islam. Fully two-thirds of terror-related deaths in 2013 were caused by just four Islamist groups — Al Qaeda and its affiliates, Boko Haram in Nigeria, the Islamic State, and the Taliban.

I’d be mighty careful about this. The fact that Islamic jihadists say they’re inspired by religion doesn’t mean that’s their sole motivation. Like the Crusades and slavery, the real motivations are much more varied. After all, Islam has been Islam for 14 centuries, but al-Qaeda style jihadi terrorism is a fairly recent phenomenon.

So what happened in the 70s and 80s that suddenly turned a relatively peaceful religion into a persistent wellspring of terrorist attacks? Probably not anything about religion itself. That’s just the public justification. Underneath, there’s a whole stew of anti-colonialism; hatred of occupation by foreign powers; lack of economic opportunity for young men; geopolitical maneuverings; tribal enmities; fear of cultural subjugation; hostility toward Israel; and dozens of other things. Religion is part of it, and religion may often be the hook that sucks angry young men into jihadi groups, but it’s far from the whole story. We make a big mistake if we look solely at the surface and go no further.