Companies like Apple and Google have announced recently that they will start providing their customers with encryption that even Apple and Google don’t have the keys for. This means that even if law enforcement officers get a subpoena for data held by the companies, it won’t do any good. They couldn’t turn over decrypted data even if they wanted to.

This has led to calls from the FBI and elsewhere to provide “backdoors” of some kind for use by law enforcement. This would be a kind of master key available only under court order. But security experts argue that this makes encryption fundamentally 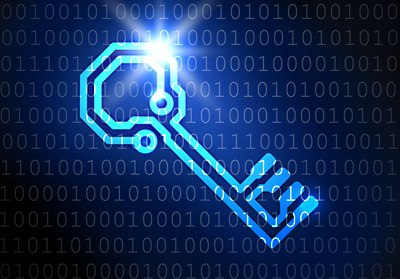 useless. If you deliberately build in a weakness, you simply can never guarantee that it won’t be exploited by hackers. Encryption is either secure or it’s not, full stop.

Over at The Switch, Craig Timberg provides an interesting recent example of this. Back in the 90s, we were fighting this same fight, and one temporary result was the government’s mandate that only a weak form of encryption could be exported outside the U.S. This mandate didn’t last long, but it lasted long enough to get incorporated into quite a few products. Still, that was 20 years ago. What harm could it be doing today?

The weaker encryption got baked into widely used software that proliferated around the world and back into the United States, apparently unnoticed until this year.

Researchers discovered in recent weeks that they could force browsers to use the old export-grade encryption then crack it over the course of just a few hours. Once cracked, hackers could steal passwords and other personal information and potentially launch a broader attack on the Web sites themselves by taking over elements on a page, such as a Facebook “Like” button.

….The existence of the problem with export-grade encryption amazed the researchers, who have dubbed the flaw “FREAK” for Factoring attack on RSA-EXPORT Keys….Nadia Heninger, a University of Pennsylvania cryptographer, said, “This is basically a zombie from the ‘90s… I don’t think anybody really realized anybody was still supporting these export suites.”

For vulnerable sites, Heninger found that she could crack the export-grade encryption key in about seven hours, using computers on Amazon Web services….More than one third of encrypted Web sites — including those bearing the “lock” icon that signifies a connection secured by SSL technology — proved vulnerable to attack in recent tests conducted by University of Michigan researchers J. Alex Halderman and Zakir Durumeric. The list includes news organizations, retailers and financial services sites such as americanexpress.com. Of the 14 million Web sites worldwide that offer encryption, more than 5 million remained vulnerable as of Tuesday morning, Halderman said.

This is an object lesson in deliberately building vulnerabilities into encryption technology. Maybe you think you’ve done it perfectly. Maybe you think nobody but the proper authorities can ever exploit the vulnerability. But the chances are good that you’re wrong. In the case of FREAK, we were wrong for nearly 20 years before we figured out what was going on. There’s no telling how long we might be wrong if we deliberately do this again.