Islamic State has been getting a lot of attention lately, and not just for its grisly beheading videos coming out of Iraq and Syria. It also seems to be expanding rapidly, with offshoots taking credit for atrocities across northern Africa and the Middle East. But the LA Times wisely suggests today that this should all be taken with more than a pinch of salt:

Like an accelerating drumbeat, the deeds of groups purporting to be linked to Islamic State have mounted, each seemingly designed to exact a toll more cruel than the last….But many intelligence officials and academic experts are skeptical that the parade of gore 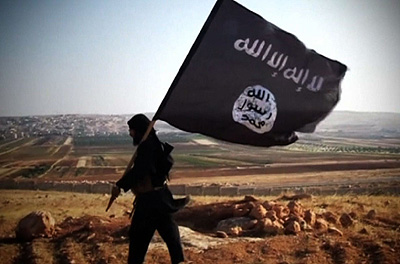 represents a leap in the degree of command and control being exerted across the region by the group’s leadership in Syria and Iraq.

….Some evidence points instead to looser arrangements that nonetheless carry significant benefits for Islamic State and its professed offshoots….Under such informal pacts, opportunistic but relatively obscure militant groups can make themselves appear to be far more powerful players in their chosen arena of conflict, while the media-savvy Islamic State can depict itself as having dramatically widened its geographic spread, an assertion that fits neatly with the group’s grandiose claim that its “caliphate” is destined to hold sway across the Muslim world, while also diverting attention from its struggle to hang on to territory seized in Iraq and Syria.

There are homegrown terrorist groups all over the Middle East. Most of them have local grievances, but nonetheless find it useful to be viewed as an ally of a group like IS, which has a useful reputation for extreme brutality. Likewise, IS benefits from a public image of massive, unstoppable growth.

But both are more illusion than reality. Neither the amount nor the target of terrorist activity has changed much over the past year. We’re just seeing the publicity results of a very loose “franchise” model combined with a lot of bluster, much as we did with Al Qaeda in the past decade. There’s much less here than meets the eye.

That’s not to say there aren’t some dangers inherent in this model, and the Times does a good job of spelling them out. Generally speaking, though, IS remains in serious trouble in its home territory, and no amount of PR alliances elsewhere really changes that.