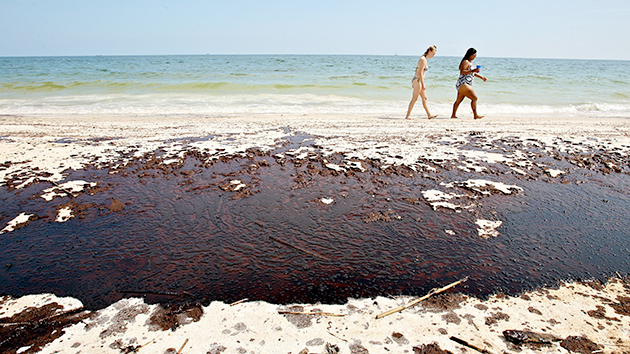 Today is the fifth anniversary of the Deepwater Horizon oil rig explosion in the Gulf of Mexico, an event that triggered the nation’s worst-ever oil spill. The well leaked for three months and dumped over 200 million gallons of oil into the sea. The explosion itself killed eleven men; the resulting pollution killed a stupefying amount of wildlife, including 800,000 some birds. And despite billions paid out by BP in fines and restoration costs, the economic impact of the disaster remains wide-reaching and ongoing.

But possibly even more outrageous than the spill itself is how little has been done by government to prevent a similar disaster. The oil and gas industry has stayed active in Washington, and managed to fend off serious efforts to curb drilling: Congress has passed zero new laws—not one—to restrict offshore drilling or force it to be safer. The Obama administration has approved over 1,500 offshore drilling permits since the spill. And back in January the administration announced a plan to open new areas in the Atlantic and Arctic for offshore drilling. As my colleague Tim Murphy noted today, Louisiana’s oversight of the oil industry is rife with ludicrous conflicts of interest that raise serious doubts about the state’s ability to make drilling safer.

In other words, the wounds from BP are scarcely healed, but we’re pushing deeper and deeper into offshore drilling.

In fact, well construction in the Gulf is literally pushing into deeper water, where the risks of a spill are even greater. From an AP investigation pegged to the anniversary:

A review of offshore well data by the AP shows the average ocean depth of all wells started since 2010 has increased to 1,757 feet, 40 percent deeper than the average well drilled in the five years before that…

Drillers are exploring a “golden zone” of oil and natural gas that lies roughly 20,000 feet beneath the sea floor, through a 10,000-foot thick layer of prehistoric salt…

Technology now allows engineers to see the huge reservoirs beneath the previously opaque salt, but the layer is still harder to see through than rock. And it’s prone to hiding pockets of oil and gas that raise the potential for a blowout.

Drilling in the Gulf makes up less than one-fifth of US crude oil production, and an even smaller share of total oil production if you count unconventional oil from fracking. So it wouldn’t be a crippling blow to our energy supply to consider putting the brakes on offshore drilling—if not forever, at least until we feel secure that we’ve done enough to prevent another Deepwater Horizon.

Meanwhile, our expansion into deeper and riskier drilling is happening even though there are still an average of two offshore drilling accidents every day.