Our annual Spring Fundraising Drive is wrapping up at the end of the month, but as you all know, I’ll be recuperating from my final round of chemotherapy in lovely Duarte, California, right about then. But I didn’t want to be left out, so I asked if I could post my note a little earlier than I usually do.

I figure if there’s ever been a time when I’m allowed to get slightly more maudlin than usual, this is it. (But just slightly. I have a reputation, after all.) I’ve been writing for Mother Jones since 2008, and it’s been such a great job that it’s almost getting hard to remember ever working for anyone else. They’ve provided me with more freedom 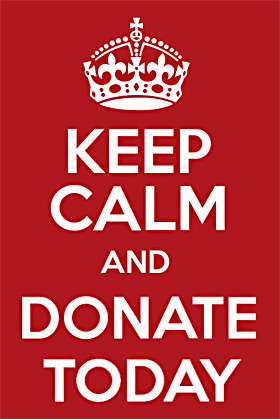 to write whatever I want than anyone could hope for. That’s been great for me, and I hope for all of you too.

Writing for the print magazine has been a huge gift as well, and it’s something I dearly hope to return to when all the chemotherapy is over and my strength is back to normal. It’s been a privilege to share pages with such an amazingly talented bunch of journalists.

Truthfully, I’ve been blessed to have such a great editorial team over the past few months, as well as such a great readership. You guys are truly the best to go through something like this with.

So here’s the ask: Mother Jones has done a lot for me and a lot for you over the past few years, and when I get back they’re going to keep right on doing it. That makes this fundraising request a little more personal than usual, but if there’s ever been a time for you to show your appreciation, this is it. If you can afford five dollars, that’s plenty. If you can afford a thousand, then pony up, because you’re pretty lucky, aren’t you? Either way, when I get back I sure hope to see that my readers have really stepped up to the plate.

Readers like you are a big part of what makes Mother Jones such a unique place. Your support allows me to write about what’s truly important, rather than obsessing over whatever generates the most clicks and advertising revenue. And it’s not just me. It gives all of us the independence to write about issues that other places won’t touch. It means that we ultimately answer to you, our readers, and not a corporate parent company or shareholders (and you’ve never been shy about letting us know what you think!).

Thanks for helping make Mother Jones what it is, and for making the last seven years some of the best of my life. And thanks in advance for whatever you can give to keep both me and Mother Jones going strong. Here are the links for donations: