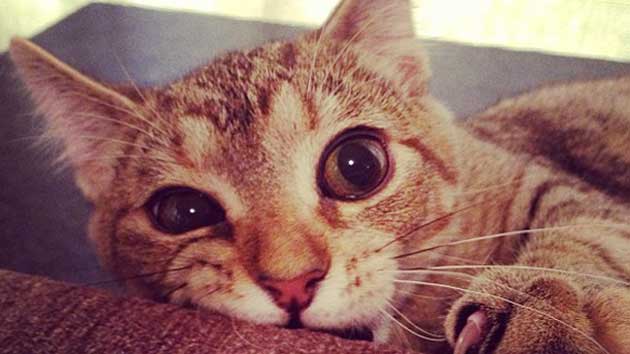 While Kevin Drum is focused on getting better, we’ve invited some of the remarkable writers and thinkers who have traded links and ideas with him from Blogosphere 1.0 to this day to contribute posts and keep the conversation going. Today we’re honored to present a post from Ana Marie Cox.

I was at a small conference on religion and public policy recently—the Faith Angle Forum, it’s called. It’s a pretty heady affair with Serious Journalists talking Serious Subjects: the theological-versus-cultural origins of ISIS’s brutality, whether you can use “principled pluralism” to bring together the left and right regarding gay marriage, and—headiest of all—a presentation from the former chief rabbi of England on “religious solutions to religious environments.”

So, obviously, I was sneaking in some cat-picture viewing between sessions. (This is a proven productivity practice and a much needed source of solace in discussing these troubled times.) I was also particularly tickled to inform the other attendees, during the Islamic State panel, that one of my favorite cat photo platforms, BuzzFeed, also has been doing some pretty stellar reporting on ISIS’s use of social media. There were surprised but polite murmurs!

There are things we bloggers have in common with cats: We are antisocial. We like things on our own terms. We break stuff for fun. We’re judgy.

At dinner, one of the presenters from the panel, Princeton Near Eastern studies scholar Bernard Haykel, asked me about BuzzFeed. He is up on his jihadi poetry and can explain the reasons why Salafi Islam resists outside calls for reform, but he has not apparently seen Anna Kendrick quotes as motivational posters.

“It’s a great news site that also has lots of cat pictures,” I told him.

Haykel uses the internet primarily for the study of ISIS propaganda and debates among Muslim theologians, so it’s difficult not to see in his question the suggestion of what the internet’s pro-cat bias must look like to an outsider: A MASSIVE RECRUITMENT EFFORT. Or, at the very least, a successful co-option of an entire medium to support the tuna-industrial complex.

I am so used to taking cats on the internet for granted, it had been some time since I thought about why cats.

The simple version of the story is this: Early bloggers, like Kevin, were cat people. Atrios. Glenn Reynolds. Me. Bloggers=cat people. There are theories about why blogger people are cat people, of course. There are things we have in common with cats: We are antisocial. We like things on our own terms. We break stuff for fun. We’re judgy.

Though there are also things that make cats attractive to us, things cats have that blogger-types might want for themselves: Grace. Self-actualization. Sleeping 18 hours a day.

That early bloggers popularized cat blogging doesn’t really explain why cats are still the internet’s favorite pet, though it seems like we could extrapolate that the typical modern internet consumer is, temperamentally, more like the early bloggers than not. More insecure, more skeptical, less eager to please than your Boomer generation and its slavish canines. 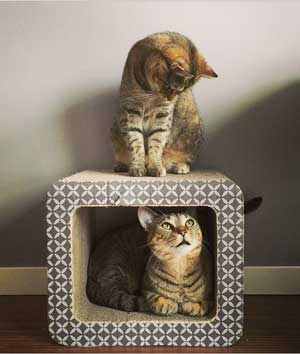 And there are more concrete influences to consider: Americans are living alone longer, moving around more, and have less money than they used to—cats fit the cultural moment. Cats are less burdensome than dogs on a daily basis, but that compromise is met with limited rewards: conditional affection, no tricks, hairballs. Perhaps millennials and cats make a match because cats are very much like the on-demand economy, which trades convenience for only elusive security.

Cats are Uber, but for love.

Well, I am being unfair to cats. And to Uber, for that matter—Uber has made a practice of occasionally delivering kittens to offices in need of mid-day pick-me-ups. These stunts sell out quickly, which attests to the internet’s cat fixation but also to the ultimate snuggle-worthiness of cats—and humans. Sure, we may find cats’ affections maddeningly, attractively unpredictable but, deep down, we suspect cats love us. And perhaps because that affection is so hard to pin down, it feels genuine.

As Kevin himself pointed out back in 2004, the cats are the medium, not the message:

“Why cats?” Bernard asked. Because cats.