With Kevin continuing to concentrate on his (ever improving!) health, over the past week we’ve hosted guest blog posts from all-stars like Ruy Teixeira, Aaron Carroll, and Ana Marie Cox. But now that it’s Friday, it’s time for the humans to step aside for a real star. 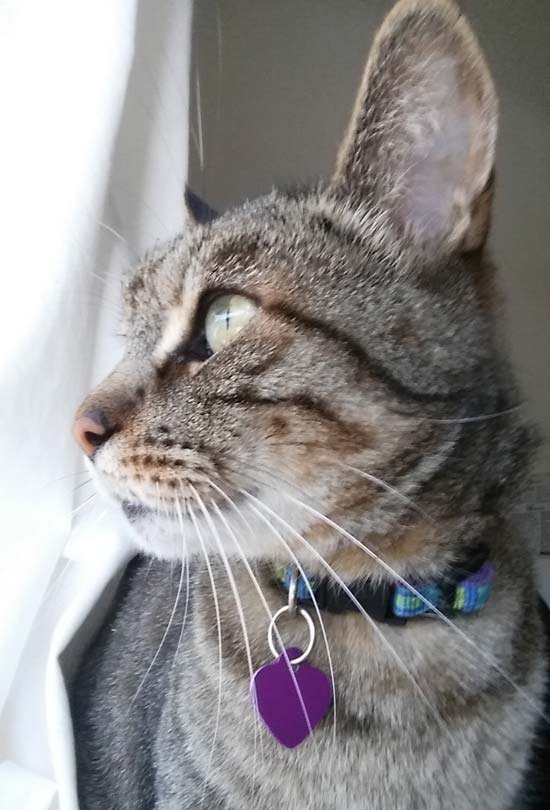 Phelps linked up with MoJo senior editor Michael Mechanic around the time of the 2008 Beijing summer Olympics. While he’s not as much of a swimmer as his namesake, one of his favorite spots in his Oakland home is a perch near in the sink, where he can swat his paws through water. Mike reports that Phelps loves spending time nearby while he plays music (“maybe because my fiddling sounds like a cat”) and outside, where this “neighborhood tough guy” can face down cats, birds, and dogs. 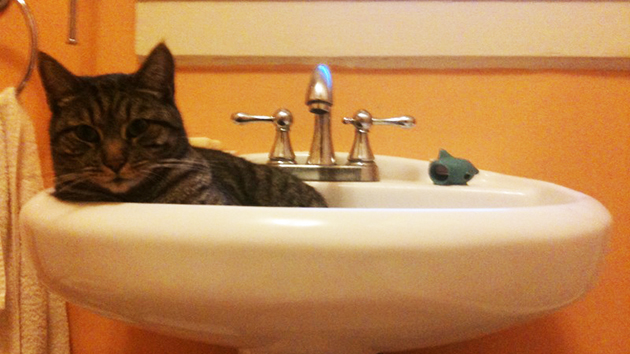 From his front porch, Mike was witness to one such interaction when a dog got the best of Phelps and chased him up a tree. The incident spurred Mike to compose a little ditty (“Dog Treed a Cat”). Another tabby-inspired tune is “Phelps’s Favorite.”

And today, Phelps, you’re my favorite.