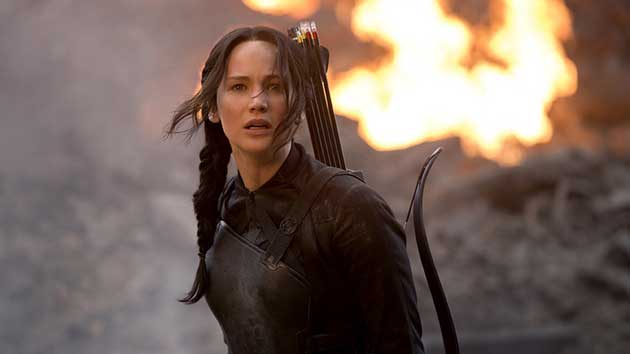 While Kevin Drum is focused on getting better, we’ve invited some of the remarkable writers and thinkers who have traded links and ideas with him from Blogosphere 1.0 to this day to contribute posts and keep the conversation going. Today we’re honored to present a post from Shakesville founder Melissa McEwan.

Each time WikiLeaks posts another round of emails from the Sony hack, there is a garbage trove of misogyny: unequal pay, gendered and racist harassment, Aaron Sorkin waxing sexist, Angelina Jolie dismissed as a spoiled brat. Found among the latest collection was a dispatch from Marvel CEO Ike Perlmutter to Sony CEO Michael Lynton on the subject of female-centered superhero films, and if it’s not exactly as awful as you’re already imagining, that’s possibly because it’s even worse. Sent under the simple subject line “Female Movies,” Perlmutter writes:

As we discussed on the phone, below are just a few examples. There are more.

2. Catwoman (WB/DC) – Catwoman was one of the most important female character within the Batmanfranchise. This film was a disaster. http://www.boxofficemojo.com/movies/?id=catwoman.htm

3. Supergirl – (DC) Supergirl was one of the most important female super hero in Superman franchise. This Movie came out in 1984 and did $14 million total domestic with opening weekend of $5.5 million. Again, another disaster.

Case closed, your honor! At Women and Hollywood, Laura Berger quite rightly notes that Perlmutter’s list is highly selective and narrowly defined. “It seems fair to assume,” writes Berger, “that Perlmutter is referring specifically to female superhero movies. If that’s the case, why is something like ‘The Hunger Games’ omitted from this list? The extremely lucrative franchise is led by a woman, and while Katniss isn’t technically a superheroine, she’s certainly marketed as one. Isn’t ‘The Hunger Games’ a more relevant example of how female-led films fare at the box office today than, say, ‘Supergirl,’ which was released over 30 years ago?” Emphasis original.

The three films on Perlmutter’s list frankly just weren’t very good. Which has to do with their female heroes only insomuch as studios don’t generally dedicate equivalent creative and financial resources to female-centered superhero films, because they don’t want to “waste” them on films they fear won’t succeed at the box office. Thus the vicious cycle continues: Many female-centered superhero films are set up to fail, and then when one fails, the blame is directed at the women at its center, rather than the misogyny at her back.

This is a conversation that happens around every genre of “hero” film: Superhero films, action films, fantasy films, adventure films. The wildly successful male-centered flicks get rattled off as evidence of what “works,” and implicit condemnation of what (allegedly) doesn’t.

Many of the wildly successful male-centered franchises have, however, a token female character—carefully segregated from other women and girls, lest they get any ideas about taking over the world, I suppose.

When I watched the Superman series, it was for Margot Kidder’s Lois Lane, who I was certain was the coolest woman with the most amazing voice who had ever lived.

And we are ever meant to understand that all of the dedicated superfans of these films watched them because of the men, always the men. What Perlmutter and his cohort don’t understand, don’t consider, or simply don’t care about is that there are plenty of us who watched those films for the women.

There were female heroes in my favorite films, and they were the reason I watched them. I imagine there are plenty of little girls (and little boys) who watch The Avengers not because of the guys, but because of the one, remarkable, exceptional (in every sense of the word) female hero in their midst. That doesn’t show up in the numbers—nor, apparently, in the imaginations of the men who make creative decisions based on numbers.

The thing about many of the films I mentioned is that they’re generally regarded as good movies. They were made with monumental investments of care and attention. And they didn’t have to be male-centered, but they got that care and attention because they were.

What would happen if a female-centered hero were given the same mighty powers? Welp.