Ezra Klein notes today that the argument against making it easier to vote is often very simple: it’s not a good idea to make it easy to vote:

If that sounds a bit odd to you, then read Daniel Foster’s argument against Clinton’s idea, which lays the objection bare: “the people who can’t be bothered to register (as opposed to those who refuse to vote as a means of protest) are, except in unusual cases, civic idiots.” And who wants civic idiots choosing our next president?

For a rejoinder, read Slate’s Jamelle Bouie, who writes, “You get better at voting the more often you do it. Relatively uninformed voters in one election might become highly informed voters a few cycles later. More participation could make us a more engaged country.”

I have a quarrel with both sides in this argument. In a modern democracy, we don’t try to decide which voters are highly informed and thus “worthy” of voting. 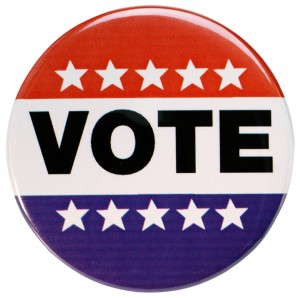 You can vote if you have an IQ of 200 and you can vote if you’re a nitwit. The reason is simple: the decisions of the state affect both voters equally. Everybody gets to vote because everybody has a stake in the outcome.

This is not the way it’s always been, of course. In early America only white male landowners could vote, because others were thought incapable of properly exercising the franchise. (That was the official excuse, anyway.) But even then, there was also an argument based on engagement with the state. White male landowners were thought to have a real stake in the decisions of the government, and therefore would vote their interests more intelligently.

Both those things have changed over time. Everybody is now acknowledged to be capable of voting in their interests, and everybody is now acknowledged to have a stake in what the government does. That’s the argument for making it easy for everyone to vote. It doesn’t matter if this means we’ll get more voters who don’t read National Review or can’t name the Speaker of the House. What matters is that all these voters have just as big a stake in what the government does as you or I do. And if they have a stake, we should make it easy for them to vote.

Of course, no one really cares about this. The real argument for making voting easy is that it will increase the number of Democratic-leaning voters. And the real reason for making voting hard is that it will lower the number of Democratic-leaning voters. Everyone knows this. Sadly, all the other high-minded arguments for and against are just kabuki.

As it happens, my own guess is that highly engaged voters probably vote more stupidly than people who live normal lives and don’t even know what GDP is, let alone whether it’s gone up or down under the current occupant of the White House. (Scientific backup here.) If I had my way, anyone who shows an actual interest in politics—all of us who read and write this blog, for example—would be deemed obviously neurotic and forbidden from voting for dog catcher, let alone president. People like us would get to rant and rave and publish op-eds, but only people who are bored by us would actually get to vote. Any objections?