Daniel Bell has written a new book making the case that “Chinese-style meritocracy is, in important respects, a better system of governance than western liberal democracy.” That’s possible, I suppose. Tyler Cowen noodles over the arguments and tosses out a few thoughts. Here’s one:

4. Most humans in history seem to have favored meritocratic rule over democracy, and before the 19th century democracy was rare, even in the limited form of male-dominated or property owner-dominated republics. It is possible that the current advantage of democracy is rooted in technology, or some other time-specific factor, which ultimately may prove temporary. That said, I still observe plenty of democracies producing 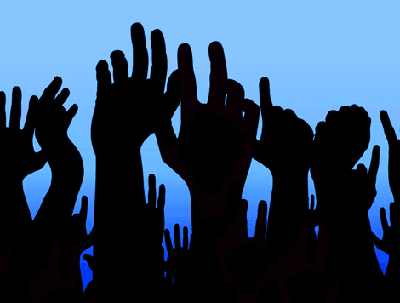 relatively well-run countries, so I don’t see significant evidence that a turning point against democracy has been reached.

I know Cowen is just throwing out some ideas to be provocative, not seriously backing any of them. Still, I think you have to take a pretty blinkered view of “most humans” to throw this one out at all. It’s true that humans are hairless primates who naturally gravitate to a hierarchical society, but there’s little evidence that “most humans” prefer non-democratic societies. There’s loads of evidence that powerful elites prefer elite-driven societies, and have gone to great lengths throughout history to maintain them against the masses. Whether the masses themselves ever thought this was a good arrangement is pretty much impossible to say.

Of course, once the technologies of communication, transportation, and weaponry became cheaper and more democratized, it turned out the masses were surprisingly hostile to elite rule and weren’t afraid to show it. So perhaps it’s not so impossible to say after all. In fact, most humans throughout history probably haven’t favored “meritocratic” rule, but mostly had no practical way to show it except in small, usually failed rebellions. The Industrial Revolution changed all that, and suddenly the toiling masses had the technology to make a decent showing against their overlords. Given a real option, it turned out they nearly all preferred some form of democracy after all.

Which brings us to the real purpose of democracy: to rein in the rich and powerful. Without democracy, societies very quickly turn into the Stanford Prison Experiment. With it, that mostly doesn’t happen. That’s a huge benefit, even without counting free speech, fair trials, and all the other gewgaws of democracy. It is, so far, the only known social construct that reliably keeps powerful elites from becoming complete jackasses. That’s pretty handy.