Some anonymous drone at Free Exchange notes the damage done by the Greek decision to call a referendum on the European austerity proposals:

A lamentable feature of the Greek crisis of the past few months is the extent to which it has restoked national antipathies, on the part of both the Greeks and the Germans….But it is not just political damage that the referendum has done to Greece’s cause. The decision to call it and the extraordinary uncertainty that generated at home as well as abroad inflicted a body blow to the economy by causing the banks to be closed now for two weeks as the ECB capped the emergency central-bank lending that was allowing cash to be withdrawn by anxious Greeks fearing a return to the drachma that would slash the value of their deposits. As a result Greece now needs more money and over a longer period — €53.5 billion ($60 billion) until 2018.

Such is the bad blood on both sides, particularly the Greeks and the Germans, that there is still scepticism about whether they can come together at this latest eleventh hour.

Hmmm. Here’s a Slatepitchy suggestion. Maybe it’s all going according to plan. Consider this. It’s late June and prime minister Alexis Tsipras is trying to negotiate an agreement with the Europeans. It doesn’t go well, but he knows he has no choice but to swallow hard and accept their terms. As galling as it is, it’s the only way to save Greece. But he knows that if he 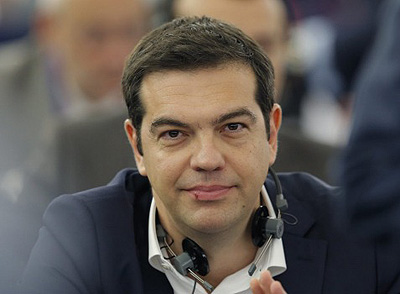 simply signs off on the agreement, his party will revolt and parliament will reject it. So he comes up with a cunning plan.

The plan is this: piss off the Germans beyond the bounds of reason. Step 1: denounce the European proposal and call a referendum. Step 2: Go home and campaign loudly for a No vote on the proposal. Step 3: The Germans, now so angry they’re practically shaking with rage, press the ECB to cut off Greek banks, causing economic chaos. Step 4: Tsipras wins the referendum, thus getting the backing of his people. Step 5: Tsipras cools his heels for a day or two to let the economic chaos really sink in. Step 6: Tsipras heads to Brussels. After making everyone wait a few more days just to show that he can’t be pushed around, he tables an austerity plan that essentially caves in completely to the European proposal that he knew he’d have to accept eventually. Step 7: Tsipras returns home to Athens, where economic chaos has become so severe that no one cares anymore what’s in the damn proposal he just agreed to. They just want the banks to open and the local pharmacies to have stocks of insulin. Step 8: He signs the proposal. Step 9: The ECB opens the spigots, life gets back to normal, and Tsipras is a hero.

Not likely, you say? Tsipras isn’t that smart? Probably so. Still, it’s quite likely that Tsipras isn’t as stupid as some people are making out. He knew perfectly well that defaulting would lead to economic chaos and an exit from the euro, but he also knew that Greeks didn’t really believe this in their guts. They needed a demonstration. So he gave them one. If his goal all along wasn’t Grexit, but (a) an agreement with Europe that (b) would be accepted by the Greek population, he did a pretty good job.