I’ve been waiting for a while now for a plausible conservative alternative to President Obama’s nuclear deal with Iran, and Max Fisher informs me today that Michael Oren has stepped up and done just that in the pages of Politico. Except for one thing: the increasingly unhinged former ambassador to the US may have a plan, but it’s about a million miles from plausible.

You should read Fisher’s whole post, but I’m going to skip the long preamble and get straight to Oren’s proposal. Here it is:

Israel would have embraced an agreement that significantly rolled back the number of centrifuges and nuclear facilities in Iran and that linked any sanctions relief to demonstrable changes in its behavior. No more state support of terror, no more threatening America’s Middle Eastern allies, no more pledges to destroy the world’s only Jewish state and no more mass chants of “Death to America.” Israel would have welcomed any arrangement that monitored Iran’s ICBMs and other 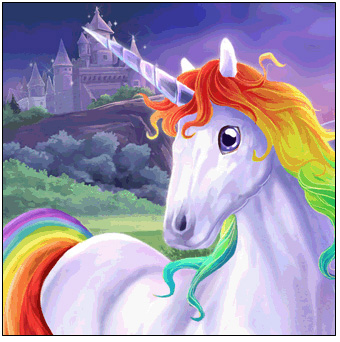 offensive weaponry. Such a deal, Israeli leaders across the political spectrum agree, was and remains attainable.

That would be great, of course. But not exactly plausible. Here’s Fisher:

All of these are politically impossible and, in some cases, physically impossible….Try to imagine a US negotiator actually asking for this. “The inspections procedures of uranium mines look good here, and we are satisfied with the limits on centrifuge research and development. But we require a binding commitment that no one in your political system will speak certain combinations of words about Israel anymore.” We might as well demand that Iran give us a unicorn that we can ride all the way to Candy Mountain.

….Is it really worth blowing up a historic nuclear deal — one that will substantially and verifiably limit Iran’s nuclear program, with global cooperation — over the possibility that one of the Iranian ayatollahs might not be legally forbidden from saying the wrong words?

These are poison-pill demands, and very lazy ones at that. They are not designed to be implemented, but rather to raise the political bar for any nuclear deal beyond what can be achieved.

And what about sanctions? Surely the other countries that are parties to the deal would quit in disgust if the US demands were as ridiculous as Oren suggests they should be. Indeed they would, but Oren says that if they drop out we should threaten to sanction them. Fisher: “This is indeed a specific proposal. But it is also insane. Oren is arguing that Obama should threaten to blow up the world economy, including America’s own economy, just to secure some vague improvements to the Iran deal.”

Fisher is right: this is nuts. It’s basically just an excuse not to ever conclude a deal with Iran, and instead to (a) keep sanctions in place forever and (b) bomb Iran’s nuclear facilities. Some plan. The first part is impossible, and the second part would do little except to convince Iran to redouble its efforts to build a bomb.

But I guess this is what passes for sounding tough in conservative land. God help us.