As a blogger, it’s hard not to love Donald Trump. Here’s the latest, in an interview with Mark Halperin and John Heilemann:

I’m wondering what one or two of your most favorite Bible verses are and why.

Uh, probably….equal. I think it’s just an incredible….the whole Bible is an incredible….I joke….very much so. They always hold up The Art of the Deal, I say it’s my second favorite book of all time. But, 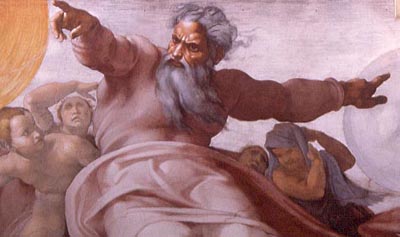 uh, I just think the Bible is just something very special.

OK, it’s not only Trump I love. Props also to Heilemann for asking Trump if he’s an OT guy or an NT guy. Who talks about the Bible that way?

We’ve seen this schtick from Trump before, of course. He’s stunningly ignorant, and routinely refuses to answer whenever someone asks about a factual detail more than an inch below the surface. Needless to say, he refuses because he doesn’t know, but he always pretends it’s for some other reason. “I don’t want to insult anyone by naming names,” he’ll say, as if this isn’t his entire stock in trade. Or, in this case, “It’s personal,” as if he’s a guy who leads a deep personal life that he never talks about.

The interesting thing is that this schtick also shows how lazy he is. It’s been evident for several days that someone was eventually going to ask him for his favorite Bible verse, but he couldn’t be bothered to bone up even a little bit in order to have one on tap. Ditto for everything else. Even when he says something that’s going to raise obvious questions the next day, he never bothers to learn anything about the subject. I guess he figures he’s got people for that.

Of course, there is an advantage to handling things this way. By shutting down the Bible talk completely, he guarantees he’ll never have to talk about it again. I mean, today it’s Bible verses, tomorrow somebody might want him to name the Ten Commandments. And since it’s pretty obvious that he hasn’t cracked open the Bible in decades, that could get hairy pretty fast. Better to shut it down right away.

POSTSCRIPT: So which is Trump? OT or NT? I expect that he admires the OT God more. That’s a deity who knows what he wants and doesn’t put up with any PC nonsense about it. Plus they built a lot of stuff in the Old Testament: towers, walls, arks, temples, etc. That would appeal to Trump. On the other hand, the New Testament has all those annoying lessons about the meek inheriting the earth, rich men and needles, turning the other cheek, and a bunch of other advice that Trump has no time for.