One of the big criticisms of President Obama’s nuclear deal is that he could have done better. In this case, Donald Trump really does speak for the entire GOP when he says that Obama’s team were all terrible negotiators who were too desperate for a deal and got suckered by shrewd Iranian horsetraders.

Is this true? Could we have gotten a substantially better deal if we had tightened the screws more? Gary Samore is the former president of United Against Nuclear Iran—”former” because he stepped down after he examined the deal and decided it was pretty good after all. Samore has decades of experience with Iran’s nuclear program and is well respected 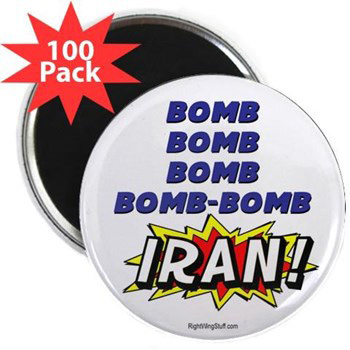 in the arms control community. So does he think we could have gotten a better deal?

Max Fisher: Could we have gotten a better deal?

Gary Samore: It’s very hard for me to answer that question. Unless you’re actually sitting in the room, doing the back-and-forth, it’s very, very difficult to say with any confidence that we could get a substantially better deal. When I say substantially better, I’m talking about much more dismantlement of Iran’s enrichment program, unlimited duration or a longer duration, and more robust challenge inspections [of undeclared facilities].

I’m not talking about — I mean, the difference between 6,000 centrifuges and 5,000 centrifuges is trivial. Yes, you could probably get slightly different terms. We could have allowed them to keep a larger amount of low-enriched uranium, in exchange for having fewer centrifuges. There are all of these trade-offs embedded in the deal. But I don’t consider these kinds of details significantly better.

Max Fisher: It sounds like what you’re talking about, in terms of any different deal we could’ve gotten, is more about pushing around the numbers than getting a deal that looks fundamentally different.

Gary Samore: With the leverage that we have — which is economic sanctions and political pressure — I don’t think we can achieve a dismantlement of their program, unlimited duration, “anytime, anywhere” inspections. I just don’t think those are possible under current circumstances. Their economic situation would have to be much more dire, or we would have to be willing to use a military ultimatum to get those kinds of concessions from Iran.

Bottom line: Samore started out skeptical, but when he saw the actual text of the deal he was surprised at how good it was. Most importantly, he doubts that a substantially better deal would have been possible unless we had issued a military ultimatum.

So there’s something here for everyone. For people like me, it’s nice to hear that an expert came around when he took the time to look seriously at the deal’s terms. But Samore also concedes that we might have done better if we had credibly threatened to bomb Iran—which is precisely what a lot of conservatives think we should have done.

This is, perhaps, the fundamental dividing line. If you think we should have set a date certain for the missiles to fly unless we got what we wanted, then the deal was a lousy one. We could have done better. If you think—as I do—that this is insane, then the deal looks pretty good. Opinions about the final agreement have less to do with the precise terms of the deal than it does with your willingness to threaten immediate war to get what you want.