The House committee investigating the Benghazi attacks is now the longest congressional investigation in history, committee Democrats announced today. As of Monday, the House Select Committee on Benghazi, has been active for 72 weeks — surpassing the 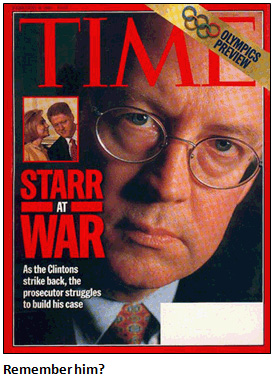 record previously held by the Watergate Committee in the 1970’s.

I suppose this is technically correct. But let’s gaze through a broader lens and take a look at the Whitewater investigation:

So sure: in terms of a single congressional committee in continuous existence, Benghazi is now the all-time record holder. But in terms of how long a political investigation has lasted through all its permutations, I’d guess that 348 weeks is unlikely to be beaten anytime soon. When it comes to political witch hunts, Whitewater was—and remains—the king of fruitless idiocy.