During this morning’s Planned Parenthood hearings, Rep. Jason Chaffetz displayed a chart that seemingly showed a huge increase in the number of abortions they’ve performed. Actually, though, the number has increased only about 2 percent per year since 2006. How did this happen? Well, it turns out that Americans United for Life, which made the chart, decided to ignore the y-axis. But I’m sure it was an honest mistake, probably due to poor math skills from a lifetime spent in the liberal public education system. So as a public service, I’ve replotted the data using conventional “numbers” and “slopes.” You’re welcome. 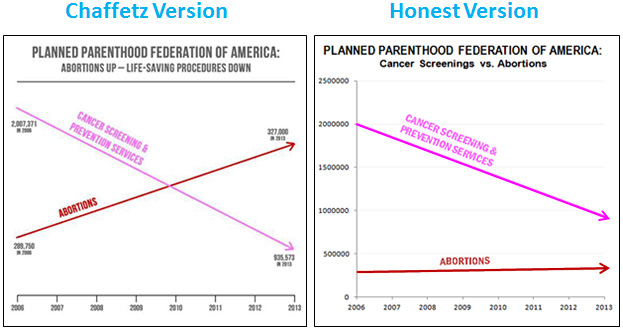 POSTSCRIPT: And why has the line for cancer screenings gone down? According to Cecile Richards, it’s because “some of the services, like pap smears, dropped in frequency because of changing medical standards about who should be screened and how often.”

UPDATE: Tim Lee helpfully points out that Planned Parenthood also provides STD testing and contraceptive services. If you add everything up, you get the rather boring chart below. I guess that doesn’t make very good TV, does it? 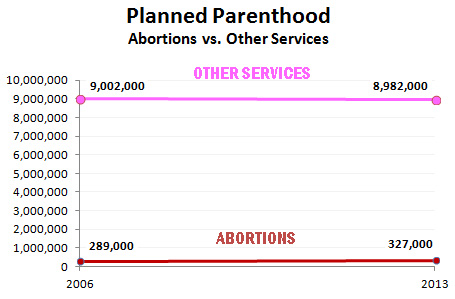