During Wednesday’s debate, Dr. Ben Carson was very clear that vaccines don’t cause autism. “But it is true that we are probably giving way too many in too short a period of time,” he added. And Dr. Rand Paul agreed: “Even if the science doesn’t say bunching them up is a problem, I ought to have the right to spread out my vaccines a little bit at the very least.” Carson’s answer was flat-out wrong and Paul’s was misleading. In fact, the medical community is 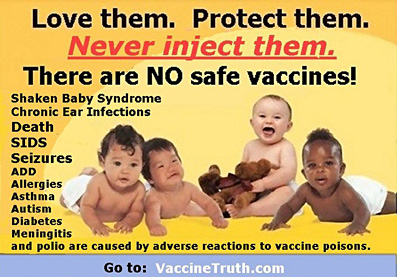 pretty much unanimous in saying that the standard vaccine schedule is both safe and effective.

So a big thumbs down to Carson and Paul. But Eric Merkley and Dominik Stecula are unhappy that CNN even brought up the subject in the first place:

If CNN, and other media, continues on the course of unprecedented politicization of vaccine safety by treating it as a campaign issue, the societal consensus on the safety and efficacy of vaccines may be eroded at tremendous cost. Here’s why.

….Notwithstanding the quackery on stage at the GOP debate on Wednesday, Republican voters are just as likely to believe in vaccine safety as Democrats, at least for now. That may change if party elites become polarized on the issue, and if this is communicated to the mass public through the national press.

….Until recently, party elites were in consensus on vaccines. While some cues were present in the press, these did not have the potential to polarize the public. We fear that if party elites continue to polarize, the cues present in the press could begin to undermine the societal consensus on childhood vaccinations. Why are we reasonably sure this is the case? Because we have seen this movie before, with global warming.

….It would not be surprising if Democratic elites leap at this opportunity to solidify their own science-based credentials and make it a campaign issue, particularly if someone like Donald Trump wins the Republican nomination. These cues are then communicated to the public through the press, and we may be off to the polarization races.

Merkley and Stecula are noting something that’s gotten a lot attention over the past few years: the mere fact of politicians taking a stand on an issue can polarize that issue on a national scale. There have been times when President Obama has stayed quiet about something simply because he knows that speaking up can turn it into a political circus. Global warming is the biggest obvious example of this polarization effect, but there are plenty of others. Obama took this to heart during last year’s Ebola scare and mostly let others take the lead in talking about it.

Merkley and Stecula are pleading with the press not to aid and abet a similar dynamic with vaccines. It’s bad enough that the anti-vaxers continue to get a lot of media attention. It would be much, much worse if it somehow becomes a Republican vs. Democrat issue.