Molly Redden writes today that the war on women is largely over, and women have lost:

This is what 2015 looks like: Abortion providers struggle against overwhelming odds to stay open, while women “turn themselves into pretzels” to get to them, as one researcher put it. Activists have been calling it the “war on women.” But the onslaught of new abortion restrictions has been so successful, so strategically designed, and so well coordinated that the war in many places has essentially been lost.

Most abortions today involve some combination of endless wait, interminable journey, military-level coordination, and lots of money. Roe v. Wade was supposed to put an end to women crossing state lines for their abortions. But while reporting this story, I learned of women who drove from Kentucky to New Jersey, or flew from Texas to Washington, DC, because it was the only way they could have the procedure. Even where laws can’t quite make it impossible for abortion clinics to stay open—they are closing down at a rate of 1.5 every single week—they can make it exhausting to operate one. In every corner of America, four years of unrelenting assaults on reproductive rights have transformed all facets of giving an abortion or getting one—possibly for good.

The whole piece is worth reading, but I just want to add one comment. This is the least original comment possible, but here it is: it’s really only poor women in red states who have lost this war. Prosperous women in red states can easily purchase a quiet flight to a nearby Sodom if they need an abortion. And most women in blue states still have reasonable access to abortions.

That’s why this tidal wave of new abortion restrictions hasn’t gotten more attention than it has. If it were happening in blue states, there would be a revolt. If it were inconveniencing affluent women in red states, there would be a revolt. But poor women in Republican-controlled flyover country? Plenty of people care about them—but not enough to mount a revolt. And of course, poor women themselves have no political power of their own. As it is so often, the lesson here is that you can get away with almost anything, as long as you do it to poor people who are far away. 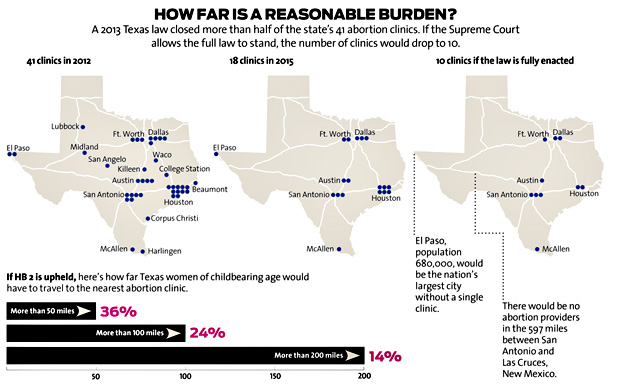