Bernie Sanders: “Why are we the only major country that doesn’t guarantee health care for all?”

In 1986 James Buchanan won the Nobel Prize in economics for his work in public choice theory, which can shed some light on this. In layman’s terms, public choice theory says you should follow the money. So let’s follow it. Universal health care is expensive. This means higher taxes, which rich people don’t like. Conservative parties cater to the rich, so they generally oppose expansions in health care coverage. In the US, the rich are the richest of all, and the Republican Party therefore caters to them more enthusiastically than anywhere else in the world. As a result, they’re more rabidly opposed to national health care than any other conservative party in a major country.

In other words, it’s because no other country has the Republican Party.

Ben Carson: “Gravity, where did it come from?”

Well, Ben, when a four-dimensional pseudo-Riemannian manifold and a Landau–Lifshitz stress-energy tensor love each other very 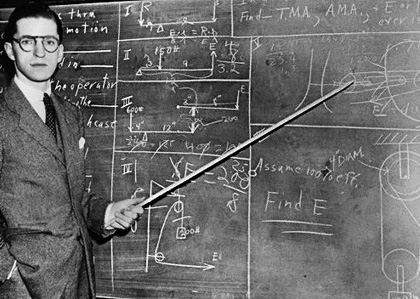 much, they produce a geodesic in curved spacetime. And that’s the story of gravity.

Let’s look at this statistically. According to a CNN poll from last year, 44 percent of respondents thought it “very likely” and 34 percent thought it “somewhat likely” that Hillary would win the Democratic nomination. Let’s assign p=.9 to “very” and p=.65 to “somewhat.” Then P(Nomination) = .62. The same poll assigned Hillary a conditional probability P(Presidency|Nomination) of .51. Thus, since P(A ∩ B) = P(A) * P(B|A), her perceived chance of winning the presidency was p=.32 and her chance of being beaten was a whopping p=.68. She was light years away from being considered unbeatable.

Or, in simpler terms you’re more likely to understand, there was never any need to brag about the awesome Hillary-smashing power of the Benghazi committee. You’re an idiot.

Donald Trump: “Let Russia do it. Let ’em get rid of ISIS. What the hell do we care?”

In the neorealist school of international relations, hegemonic stability theory tells us that the world is a better place when a single nation-state, or hegemon, is the dominant player on the global stage. Vladimir Putin is challenging us for this role. If he succeeds, the outcome is either a disastrous multipolar world or an equally disastrous world in which Russia is dominant. Ditto for China. In other words, Russia is killing us! China is killing us! We need to beat them!

Marco Rubio: “How can it be that we sent a Republican majority to Congress and yet they’re still not able to stop our country from sliding in the wrong direction?”

The study of political science can provide some insight into this phenomenon. In “Decision Making in Political Systems: Veto Players in Presidentialism, Parliamentarism, Multicameralism and Multipartyism,” George Tsebelis explains the crippling effect of having too many agents who can obstruct legislative agendas. “The potential for policy change,” he says, “decreases with (a) the number of veto players, (b) the lack of congruence (dissimilarity of policy positions among veto players) and (c) the cohesion (similarity of policy positions among the constituent units of each veto player) of these players.”

Taking those one by one, (a) Democrats can filibuster your endless Obamacare temper tantrums, President Obama can veto them, and the Supreme Court can send you packing; (b) the Republican Party has gone nuts; and (c) Democrats are united in stopping you. Did you really not know this?

Of course it’s happening. In Hugh Everett’s relative state formulation of quantum mechanics, the multiverse is composed of a quantum superposition of an infinite number of increasingly divergent, non-communicating parallel universes or quantum worlds. Thus, every possible thing is happening at every possible instant. And stop calling me Chuck.