David Atkins writes about the problem of getting gun control legislation passed:

There is a broadening schism in the activist community between those who focus on nuts-and-bolts electoral and legislative politics, and those who spend their energy on issue-area visibility and engagement….Election work and party involvement is increasingly seen as the unhip, uncool, morally compromised province of social climbers and “brogressives” not truly committed to the supposedly “real work” of social justice engagement by non-electoral means.

….There is certainly great value in persuasion, engagement and visibility model….But gun politics in the United States shows above all the weaknesses and limits of the engagement model. The vast majority of Americans support commonsense gun laws….Numerous 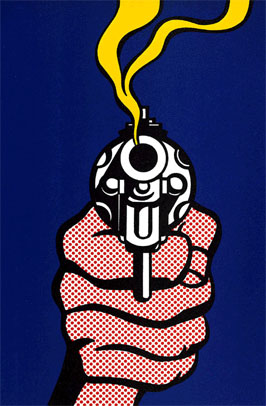 organizations have engaged in countless petitions and demonstrations to shame legislators into action from a variety of perspectives, but it essentially never works.

….The reason that the United States cannot seem to do anything about guns is simply that the NRA and the vocal minority of the nation’s gun owners mobilize to vote on the issue, while the large majority that favors gun safety laws does not….Gun control will pass precisely when legislators become more afraid of the votes of gun control supporters than they are of gun control opponents. That will only happen when interested organizations invest in field work—that much maligned, unsexy work of precinct walking and phonebanking—to mobilize voters on that issue, and when liberal organizations work to unseat Democrats who do the bidding of the NRA and replace them with ones who vote to protect the people.

I’m not sure Atkins has this right. The problem is in the second bolded sentence: “The vast majority of Americans support commonsense gun laws.” There’s some truth to this, but there’s also a big pitfall here, and it’s one that liberals are especially vulnerable to. I routinely read lefties who quote polls to show that the country agrees with us on pretty much everything. Voters support teachers, they support the environment, they support financial reform, they support gun control.

But this is a bad misreading of what polls can tell us. There are (at least) two related problems here:

There are lots of polls, and some of them probably show a greater intensity among those who support gun control. A lot depends on question wording. But that’s sort of my point: If you get substantially different responses because of small changes in question wording or depending on which precise issues you ask about (background checks vs. assault weapons, gun locks vs. large-capacity magazines) that’s a sign of low intensity.

Atkins is certainly right that Democratic legislators won’t act on gun control until voters are mobilized, but that puts the cart before the horse. You can’t mobilize voters on an issue they don’t really care much about in the first place. In this case, I think the folks who prioritize issue-area visibility and engagement probably have the better of the argument. Until voters who favor gun control feel as strongly as those who oppose it, all the field work in the world won’t do any good.