Back in August, Maureen Dowd wrote several hundred words about what a horrible person Hillary Clinton is. No surprise there. She could pretty easily write a million if the Times gave her the space. But then, having obsessed over Hillary’s sinister 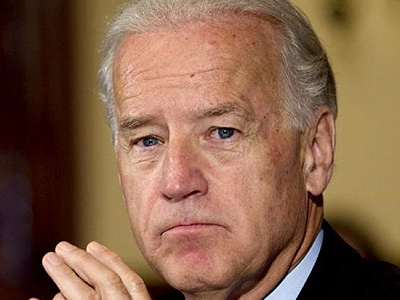 psyche for the thousandth time, she turned to the possibility of white knights jumping into the presidential race to save us all. In particular, there was Joe Biden, who was now reconsidering a run after the death of his son Beau:

When Beau realized he was not going to make it, he asked his father if he had a minute to sit down and talk….“Dad, I know you don’t give a damn about money,” Beau told him, dismissing the idea that his father would take some sort of cushy job after the vice presidency to cash in.

Beau was losing his nouns and the right side of his face was partially paralyzed. But he had a mission: He tried to make his father promise to run, arguing that the White House should not revert to the Clintons and that the country would be better off with Biden values.

It’s a touching scene, but also an odd one: Dowd didn’t attribute it to anyone. Not even “a friend” or “someone with knowledge of the situation.” In Politico today, Edward-Isaac Dovere says there’s a reason for that:

According to multiple sources, it was Biden himself who talked to her….It was no coincidence that the preliminary pieces around a prospective campaign started moving right after that column. People read Dowd and started reaching out, those around the vice president would say by way of defensive explanation. He was just answering the phone and listening. But in truth, Biden had effectively placed an ad in The New York Times, asking them to call.

….“Calculation sort of sounds crass, but I guess that’s what it is,” said one person who’s recently spoken to Biden about the prospect of running.

….At the end of August, while friends were still worrying aloud that he was in the worst mental state possible to be making this decision, he invited Elizabeth Warren for an unannounced Saturday lunch at the Naval Observatory. According to sources connected with Warren, he raised Clinton’s scheduled appearance at the House Benghazi Committee hearing at the end of October, even hinting that there might be a running-mate opening for the Massachusetts senator.

Needless to say, I don’t have any independent knowledge of whether Dovere is right about this. But it sure sounds plausible, and it’s a good illustration of why you should take claims of “authenticity” with a big shaker of salt. Biden is an outgoing guy and gets along well with the press. But that just means he’s an outgoing guy who gets along well with the press. Authenticity has nothing to do with it.

It’s one thing for people close to a candidate to leak information that makes their man look good—that’s so common I’m not sure it even has a name—but for the candidate himself to use his son’s death as a way of worming his way into a weekly column written by a woman who detests Hillary Clinton more fanatically than anyone this side of Ken Starr? I’m not quite sure what to call that, but authentic isn’t it.