President Obama recently decided to send the guided-missile destroyer USS Lassen to one of those little islands China is building in the South China Sea, and which China claims as part of its territorial waters. So how did the Chinese react?

The decision…angered China, which said last month it would “never allow any country” to violate what it considers to be its territorial waters and airspace around the islands. The U.S. vessel entered Chinese waters “illegally and without the Chinese government’s 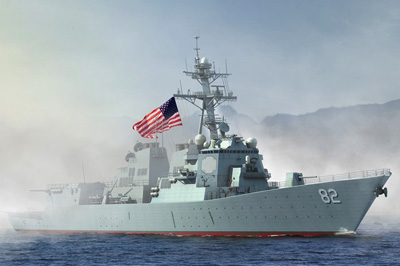 permission,” Foreign Ministry spokesman Lu Kang said in a statement, adding that Chinese authorities had monitored and warned it as it passed.

“The action by the U.S. warship has threatened China’s sovereignty and security interests, endangered the safety of personnel and facilities on the islands and damaged regional peace and stability,” he said, urging the United States to “correct its wrongdoing immediately” and not take further “dangerous and provocative actions.” Hours later, China’s vice foreign minister, Zhang Yesui, summoned U.S. Ambassador Max Baucus to deliver a formal protest.

Oooh. After saying they would “never allow” such a thing, the Chinese….issued a statement and then called in our ambassador to protest. Scary.

Seriously, though: can you imagine the ballistic outrage if Obama had reacted like this to a Chinese sail-by? Republicans would practically be ready to start impeachment hearings. It would be yet another sign of the weakened world standing of the United States under Democratic leadership.

But when it’s the other way around, is it a sign of plummeting Chinese leadership? Or Obama’s steely-eyed projection of American power? Judging by the non-reaction, I guess not. Go figure.