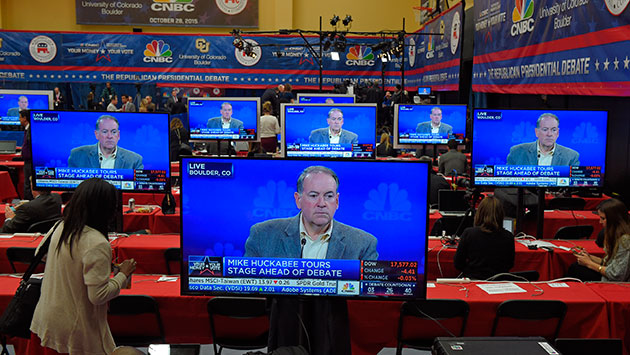 I guess this was inevitable:

The Republican National Committee has pulled out of a planned Feb. 26 debate with NBC News after widespread criticism of this week’s CNBC debate from both the party and campaigns. “CNBC network is one of your media properties, and its handling of the debate was conducted in bad faith,” RNC Chairman Reince Priebus wrote in a letter to NBC News Chairman Andrew Lack.

CNBC did screw up, but mostly by failing to keep the toddlers on stage under control and being poorly prepared to deal with brazen lies delivered with a straight face. For what it’s worth, I’d also agree that a few of the questions they asked were stupid and/or churlish. Not much more than any other debate, though.

But conservative grievance culture is once again demanding someone’s head on a platter. After all, if conservatives look bad on television it’s gotta be someone else’s fault, right? So it’s off with NBC’s head.

Jeebus. And these guys claim that they’re the steely-eyed folks who can take down Putin and the ayatollah? What a bunch of crybabies.