I was browsing through my Twitter feed a few minutes ago and a string of tweets inspired me to do a bit of original research about the honesty of our presidential candidates. I think we all have a gut feel for who’s fairly honest and who’s not, but I figured there might be a more rigorous way to measure this. 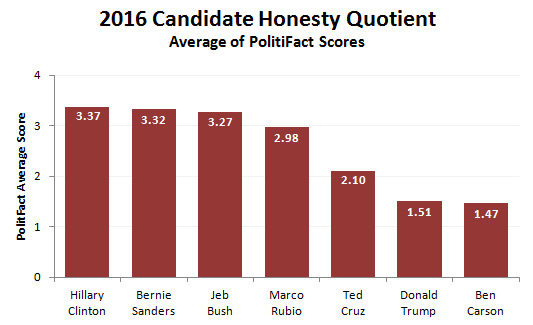 I have a few special awards to hand out, as well as a couple of comments:

I especially draw your attention to the last bullet. It’s eerie. It’s almost as if the Republican electorate wants to be lied to, and the more you lie, the more they like you. I’ll hold off on guessing precisely what this means, but it might explain a lot about this year’s GOP primary race.