When I went to bed last night, none of the Republican presidential candidates had said anything about the horrific shootings at a Planned Parenthood clinic in Colorado. But that was ten 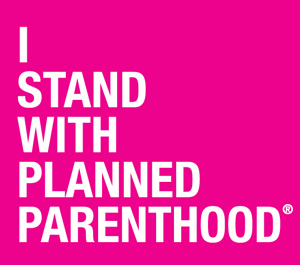 hours ago, and it’s now nearly noon on the East Coast. Anything new?

As near as I can tell, no. No tweets, no statements, nothing on Facebook. On Twitter, Donald Trump is still blathering about how much he loves the disabled. Jeb Bush is tweeting about football. Ted Cruz hasn’t put up anything new in over a week.1 Marco Rubio was “sickened” by the killing of Luís Diaz in Venezuela a couple of days ago, but is busy promoting his cold-weather bundle of Rubio gear today. Ben Carson is burnishing his foreign policy credentials by talking to refugees in Jordan. Carly Fiorina has been quiet since Thanksgiving.

But it’s a holiday weekend, so maybe they’ve turned off the news to spend more time with their families. All 14 of them. Still, I know they’re all resolutely opposed to terrorism and adamantly in favor of law and order, so I’m sure they’ll issue uncompromising condemnations sometime soon. After all, we can’t allow depraved attacks against health clinics on American soil to be met with silence that could easily be interpreted as backing down in the face of hate. Right?

1Oops. I was fooled by the fact that Cruz has his demand for President Obama to insult him to his face permanently at the top of his feed. But Cruz did indeed tweet something this morning. Here’s the full version of his statement on Facebook: “My and Heidi’s prayers are with the loved ones of those killed in Colorado Springs, with those injured, and with the first responders who bravely got the situation under control.” Not exactly a stirring condemnation of violence, but I guess it’s a start.