Over at 538, Hayley Munguia has an article titled “Here’s What Happens When You Ban Affirmative Action In College Admissions.” Her charts surprised me: 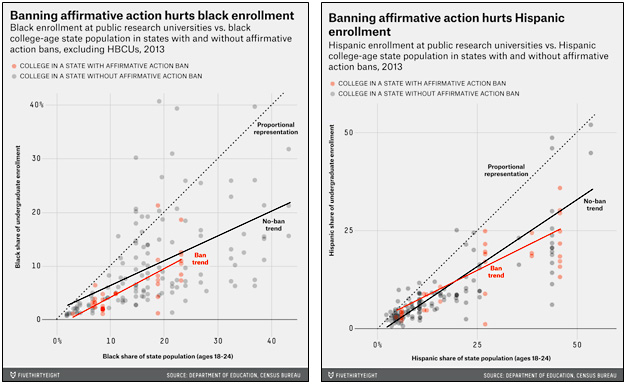 If this data is correct, it’s a little puzzling that either side feels as strongly as they do about affirmative action at public universities. If race-based policies have this little effect, maybe it really would be a good idea to try something different.