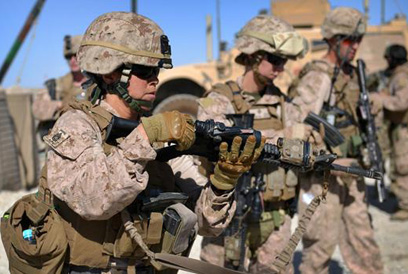 This is pretty big news:

Defense Secretary Ashton Carter said Thursday he will formally end the Pentagon’s ban on women serving in combat jobs…. “There will be no exceptions,” Carter told a Pentagon news conference. “This means that, as long as they qualify and meet the standards, women will now be able to contribute to our mission in ways they could not before.”

First blacks, then gays, now women. And mirabile dictu, Republican opposition so far appears to be fairly muted. Next up: will women be required to register for the draft on their 18th birthday? Carter says that will be evaluated within a few weeks.

This is yet another big win for our lame duck president. He’s making quite a go of things in his last two years.