What does Donald Trump think about dictators and autocrats? Well, they’re bad guys, he admits. But that’s not all. Let’s roll the tape:

North Korea: You’ve got to give [Kim Jong-un] credit: how many young guys, he was like 26 or 25 when his father died….he goes in, he takes over, he’s the boss. It’s incredible. He wiped out the uncle, he wiped 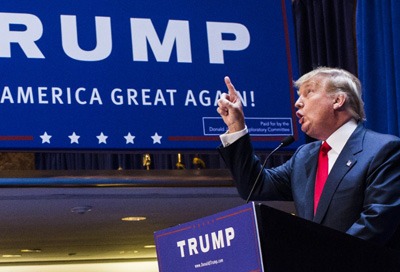 Russia: I’ll tell you what, if Putin likes me….If he says something positive, that’s a good thing, that’s not a bad thing. And: It is always a great honor to be so nicely complimented by a man so highly respected within his own country and beyond. And: You’re saying he killed people, I haven’t seen that. I don’t know that he has. Have you been able to prove that? And: He’s running his country, and at least he’s a leader. I think our country does plenty of killing also.

Iraq: Look at Iraq….[Saddam Hussein] would kill the terrorists immediately…. I’m not saying he was a nice guy, he was a horrible guy, but it was a lot better than it is right now.

China: When the students poured into Tiananmen Square, the Chinese government almost blew it. Then they were vicious, they were horrible, but they put it down with strength. That shows you the power of strength.

Egypt: Egypt is turning into a hot bed of radical Islam. The current protest is another coup attempt. We should never have abandoned Mubarak.

Syria and Libya: Assad is a bad man. Gadhafi was a bad man. Mubarak had a terrible human rights record. But they were assisting us — at least Gadhafi and Mubarak — in fighting radical Islamic terrorists.

Trump sure does seem to admire anyone who can make the trains run on time, doesn’t he?