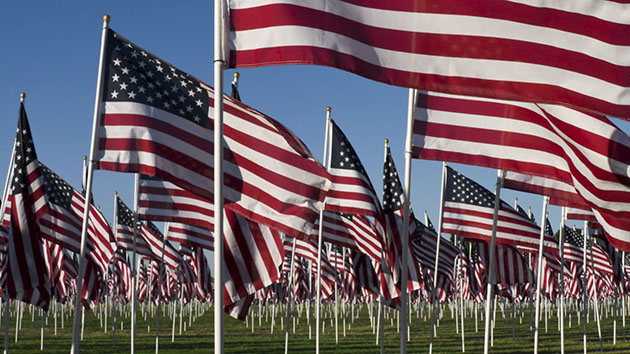 Yesterday at lunch, I was mulling over all the familiar laments we’ve heard this year about voter anger and America decline. And I thought: really, what’s so bad? I should write a post about this.

Today I woke up, and in a remarkable example of precog telepathy, Politico’s Michael Grunwald had written almost exactly the piece I had in mind:

Start with the economy….Unemployment has dropped from 10 percent during the worst of the Great Recession to 5 percent today….The housing market has also rebounded from the crisis, and after-tax corporate profits are at an all-time high….The oft-predicted doomsday scenarios of the post-crisis era—double-dip recession, runaway inflation, runaway interest rates, out-of-control energy prices, a health insurance death spiral, a Greek-style debt crisis, a run on the dollar—are still stubbornly refusing to materialize. Growth is modest but steady. Inflation is low….About 17 million uninsured Americans have gotten coverage in the past few years. The federal deficit has plunged from $1.4 trillion in 2009 to under $500 billion, while the dollar has gained strength against foreign currencies.

….Meanwhile, other recent developments—cheaper gas, free birth control and preventive care, the elimination of annual and lifetime caps on health insurance, expanded tax credits for the working poor, increased efficiency measures that lower energy bills, and much more—have put more money in the pockets of American families, even though their incomes have grown slowly.

….Crime in big cities dropped about 5 percent in 2015, and has been cut in half since 1990. The teen birth rate is down more than 60 percent since 1990….Carbon emissions have dropped 10 percent from 2005 levels. High school graduation rates are at an all-time high….And despite all the rhetoric about border crises and wall-building, America’s population of undocumented immigrants has remained stable for the past five years.

….Legislative gridlock in Washington eased significantly in 2015. After four years of divided-government paralysis, President Obama signed a slew of major bipartisan laws last year, including a bizarrely responsible reform of a long-standing Medicare funding problem and a sensible overhaul of the unpopular No Child Left Behind education law.

There’s no need to be too Pollyannish, of course. Wages continue to be pretty stagnant. The Middle East is in flames. Reproductive rights are under sustained attack. Way too many unarmed blacks are being shot by police. Heroin use has become an epidemic. Etc.

But generally speaking, Grunwald is right. America weathered the Great Recession better than Europe, better than China, better than Japan, better than Russia, better than just about anybody. Health care costs have been growing slowly and more people are covered than ever before. Taxes are low on the middle class. The tech revolution has delivered an insane—and surprisingly high quality—number of entertainment options available to almost anyone. Campaign rhetoric notwithstanding, American military strength is unmatched by anyone in the world, and it’s not even close. Telepathy has apparently been developed by the editors at Politico.

POSTSCRIPT: Normal griping about all our problems will resume shortly. Don’t worry: I have not been taken over by aliens.