California conservatives are idiots. Check this out:

The state’s powerful agriculture industry and its political allies are gathering signatures for a November ballot initiative that would grab bond money earmarked for California’s bullet train and use it instead for new water projects. 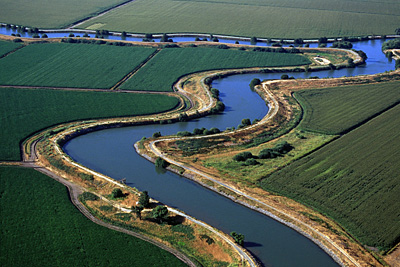 I’d vote for an initiative like this just to kill the train boondoggle once and for all. Except for this:

In addition, the measure would make substantial changes to state water law via a constitutional amendment, setting domestic water use and irrigation as the first- and second- highest priorities — ahead of environmental conservation.

….Jim Earp, a member of the California Transportation Commission who led the rail bonds campaign, said the water measure could have a difficult time because its backers were greedy. “They have basically a deeply flawed measure,” Earp said. “They couldn’t resist overreaching. They couldn’t resist the temptation to rewrite water laws to benefit corporate farmers who are going to underwrite the campaign.”

The eminent domain folks made the same mistake a few years ago, and they made it twice. Instead of trying to pass a simple measure that would have barred eminent domain for private projects—which I would have voted for—they couldn’t resist larding up their measures with a bunch of wish-list provisions from libertarians and property developers. So they lost.

I predict the same thing here. The bullet train isn’t popular these days and water is a big concern. That’s a handy confluence of events for the ag industry. But they couldn’t stay content with just raiding a bit of money for water projects. They’re so furious about their water supply being restricted by a bunch of starry-eyed greens that they had to toss in a provision directly targeted at environmental concerns. But like it or not, Californians care about the environment, and they’re not likely to approve this nonsense. So the initiative will go down. Idiots.