The saga of Gerald Friedman’s analysis of Bernie Sanders’ domestic spending plan continues. I initially said it was ridiculously optimistic, but then backed off a little bit. In the meantime, defenders of Sanders and Friedman demanded that critics do an actual analysis of the plan before slagging it further. So now Christina and 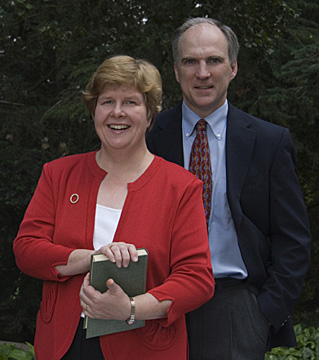 David Romer have done that. It’s not pretty:

Unfortunately, careful examination of Friedman’s work confirms the old adage, “if something seems too good to be true, it probably is.”

….Friedman says that the additional spending under the proposed policies would rise from $300 billion in the first year to close to $600 billion in the fifth….An output increase of 9% in 2026 from this amount of spending is grossly out of line with all existing evidence about the impact of changes in government spending…..Friedman’s figures for the effect of additional government spending exceed conventional ones by at least a factor of four.

We have a conjecture about how Friedman may have incorrectly found such large effects. Suppose one is considering a permanent increase in government spending of 1% of GDP….Then one might be tempted to think that the program would raise output growth each year by a percentage point….In fact, however, in this scenario there is no additional stimulus after the first year….The impact on the level of output after a decade would be only 1%.

….A second problem with Friedman’s analysis is that even if the estimated effects of Senator Sanders’s policies on demand were correct, it is highly unlikely that the impact on output that he foresees could actually come to pass….Friedman’s focus on demand-side effects is the assumption that there is currently a very large output gap….However, a wide range of evidence suggests that while there is likely some output gap currently, it is not nearly large enough to accommodate growth of 5.3% per year for ten years.

….The bottom line of our evaluation of Professor Friedman’s analysis is that it is highly deficient. The estimated demand-induced effects of Senator Sanders’s policies are not just implausibly large but literally incredible. Moreover, even if they were not deeply flawed, Freidman’s enormous estimates of demand-fueled growth could not and would not come to pass. Even very generous estimates of the amount of slack still present in the American economy would not be enough to accommodate demand-driven growth of anything near what Friedman is estimating. As a result, inflation would soar and monetary policy would swing strongly to counteract them. Finally, a realistic evaluation of the impact of Senator Sanders’s policies on productive capacity (something that is neglected in Friedman’s analysis) suggests that those impacts are likely small and possibly negative.

This is brutal. As near as I can tell, the Romers are basically suggesting that Friedman’s paper might generously get a C- if it were turned in by an undergraduate art history major. It’s riddled with basic mistakes. Sanders may or may not have good ideas about how to reform America’s spending priorities, but their impact on the economy would be modest, not huge.