As John McEnroe might say, you have got to be kidding me:

This is just what the world needs: assisting Donald Trump yet again in his eternal quest for more television air time. This particular lovefest-cum-fuck-you is being hosted by one of his biggest fans, and is scheduled directly opposite the CNN town hall with Carson, Cruz and Rubio.

Look, I get it: ratings are everything, and Trump pulls ratings. But surely TV executives still have a sliver of self-respect left? Were they afraid they hadn’t mentioned Trump enough in February, and he might get mad at them? 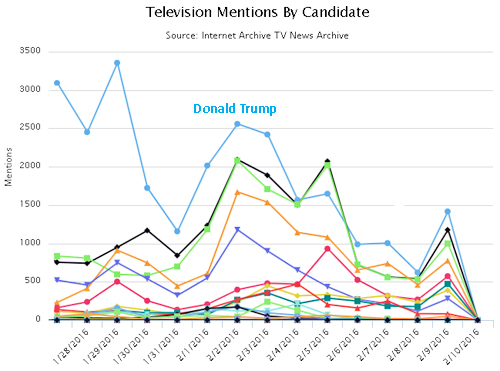