If you want to understand how politicians manipulate today’s media environment, there are only three numbers you need to know:

The last number is a guesstimate for the number of people who will see Donald Trump’s statement announcing that he’s had a change of heart about ordering the US military to torture prisoners. If anything, it’s generous. A printed 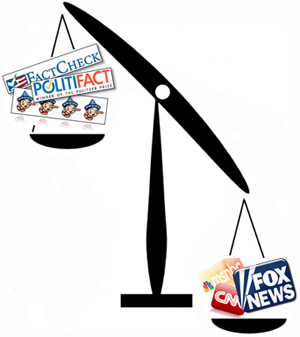 statement just isn’t going to make the rounds much. Nor is it going to be a big deal on social media, especially among the Trump demographic.

So here’s what you get:

The arithmetic here is pretty simple. There are at least 17 million people who hear Trump insist that he’s going to torture “these animals over in the Middle East” and never see the retraction. For Trump, this is a double win. His base continues to think he’s a tough guy. Elites breathe a small sigh of relief and figure that maybe this means Trump will calm down and listen to his advisors if he wins the presidency.

The exact numbers can vary, but the basic math plays out the same way all the time. Politicians have learned that they can lie without consequence. They tell the lie on television, where lots of people see it, and then count on virtually nobody seeing the earnest fact checks the next day.

UPDATE: There’s another piece of this that’s worth mentioning. Trump’s retraction was given to the Wall Street Journal, so naturally they’re playing it big on their front page. But I just checked USA Today, Fox, MSNBC, the LA Times, the New York Times, and the Washington Post, and none of them have so much as mentioned this on their home pages. This is not a coincidence. They hate having to acknowledge a competitor, and that causes them to downplay the news.

The one exception is CNN, which has plastered it at the top of their home page and mentioned it repeatedly on air. I don’t quite know why they’re the exception.