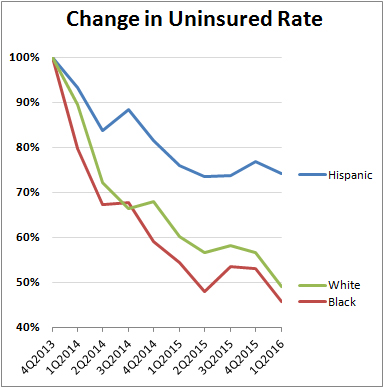 The latest HHS estimates of the uninsured rate are out, and you’ll be unsurprised that they show Obamacare continuing to work pretty well. The chart on the right shows the drop in the uninsured rate since the end of 2013, and everyone has done fairly well. The Hispanic rate of uninsurance has dropped by a quarter; the white rate by half; and the black rate by more than half.

The chart on the bottom shows the overall uninsured rate using a variety of measures. The story is pretty much the same no matter whose numbers you use: there are way more Americans with health insurance today than there were three years ago. What’s more, premiums have stayed steady and the total program cost is under budget. If this is a disaster, we could use a few more disasters like it. 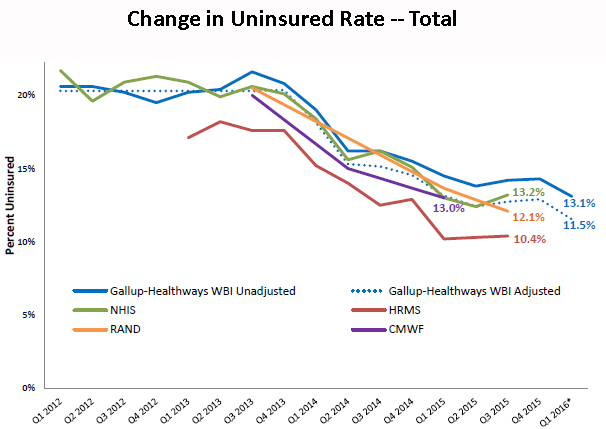