Our cats enjoy dark, cozy spots, so a few days ago I thought I’d buy them an enclosed pod to see how they liked it. Have I gone a little pod crazy? Perhaps. But it’s a cheap and harmless hobby.

Anyway, the only one I could find locally was a sort of cat yurt, so I shelled out $14.99 and took it home. It was…problematic. But the problem, it turned out, wasn’t the yurt concept per se, it was the pillow inside, which was so thick and soft that the cats rolled around on it like drunken sailors. As you can see in photo #1, Hopper solved that problem by burrowing under the pillow and using it as a door.

That worked well, but it caught the eye of her brother, who promptly stepped on the yurt and then decided to camp out on it. He eventually got bored with that, and when it was all over I removed the pillow entirely and moved the yurt. At first, everyone happily had their own pod. The Hilbert decided he wanted to try out the yurt, and as you can see, he eventually got his way.

But he’s a little too big for it, so it’s mostly a Hopper yurt. I’ve now customized it further by putting their old red blanket inside. We’ll see how that works out. 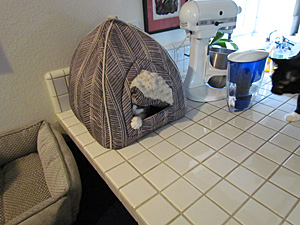 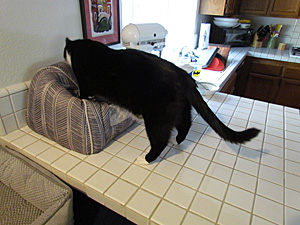 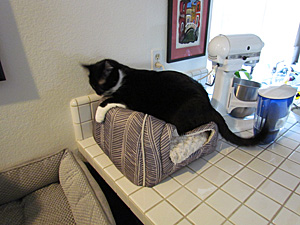 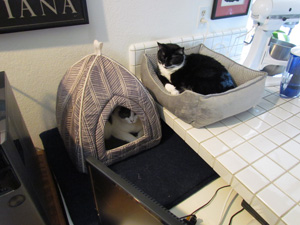 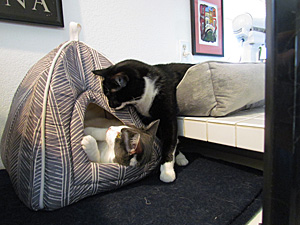 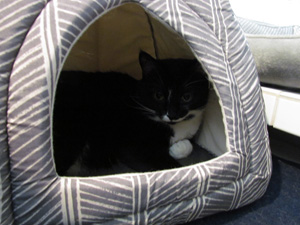