The gig economy. Uber for X. The on-demand revolution. Crappy part-time work with no benefits or job security.

Call it what you will, but it’s big. Very, very big. It’s the future.

Or is it? It’s important to define things correctly here. The “gig economy”—and I really want to know who came up with this idiotic name—has nothing to do with using software as some kind of consumer front end. Practically every company in the world does that in one way or another. Nor is Amazon “Uber for diapers.” They’re just a gigantic retailer that delivers stuff fast.

What we’re really talking about here is being able to hire the services of random strangers (a) quickly and (b) for unpredictable amounts of time. The truth is that Uber could be run entirely via old-school phones and a call center. It would be less convenient, but still workable. So why is it that Uber has been phenomenally 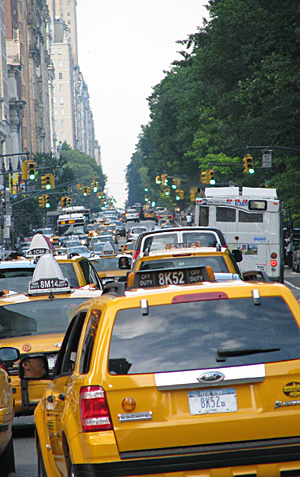 successful but few other on-demand services have come anywhere close? Matt Yglesias suggests that everyone misunderstood what Uber was really doing:

What optimistic investors missed about Uber clones is that hailing rides is a bit of a unique case. In that particular market, digital ordering isn’t just a little better than the old analog alternative, it’s dramatically better. But that’s because of the ways rides for hire were regulated, not something that applied to food or laundry delivery.

The traditional taxi market before the rise of ride-hailing apps was regulated in a peculiar way….In the vast majority of cases, the agencies in question were essentially “captured” by industry lobbyists who set the rules so as to protect the incumbent holders of taxi licenses from competition.

….App-based ride hailing was a game changer in this context, not just because it offered a somewhat better way to get a ride, but because in Uber’s earliest cities it exploited loopholes in the way taxi regulations were written to put vehicles for hire on the road that would not have been allowed to operate as cabs.

In other words, Uber wasn’t primarily a technology hack, as everyone assumes. It was a regulatory hack. Try to do Uber for groceries or Uber forbabysitting and you have to compete with everyone who’s already out there—most of whom have been operating in a competitive market forever and know a lot about how to do it. It just won’t work as well as it does when you’re taking on a long-coddled industry.

If this is true—and it certainly sounds plausible—it’s important to take away the right lesson from this. It’s not that new startups should all start beavering away to find regulatory hacks. It’s that you have to have some kind of hack. In its early days, Netflix hacked the postal service. Amazon hacked the clubby publishing clique. Uber hacked the taxi medallion system.

“On demand” is nothing new. Ask any freelancer or consultant or day laborer. App-based dispatching adds some convenience to on-demand services, but in most cases it’s nothing to shout about. That’s because the market economy is already an on-demand machine. That’s the whole point of a market economy. If you make that machine a little better, you’ll make a little bit of money. But if you find some kind of niche that you can make a lot better, you’ll make a lot of money. You just have to find the niche.