I was pretty gobsmacked last night watching Norah O’Donnell’s interview with Obama chum Valerie Jarrett. O’Donnell has been covering politics for a long time, but she nonetheless badgered Jarrett for nine consecutive questions about 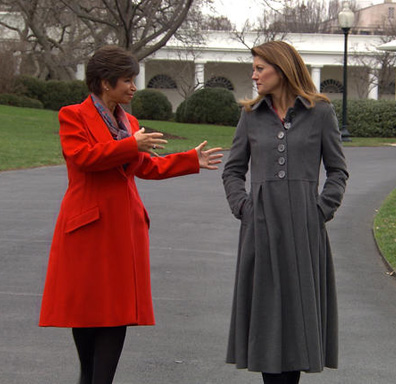 whether Obama is a failure because he’s not friendly enough with congressional Republicans. Here’s her side of the interview:

Norah O’Donnell: Valerie, this is probably one of the last big fights of the president’s term in office. And he can’t even get Senate Republicans to give him a hearing. Most Republicans won’t even meet with Judge Garland. Does that say something about President Obama’s inability to reach across the aisle? To have friends on the other side?

Norah O’Donnell: But in two terms, seven years, why hasn’t the president been able to find a Republican that he can call up and say, “Help me out on this”? Does he have any Republican friends?

Norah O’Donnell: Isn’t that part of the president’s job? Is to convince people on the opposite side to do something like this? To get a judge up on the Supreme Court?

Norah O’Donnell: So since the president doesn’t have a personal relationship with Republicans, instead you’re gonna go to the American people and put political pressure on them? It’s a campaign? It’s a political campaign–

Norah O’Donnell: This has nothing to do with the president’s style of leadership, or his ability to reach across the aisle?

I’ll give O’Donnell a break only this far: Valerie Jarrett is one of the toughest interviews in Washington. I’m not sure I’ve ever seen anyone as relentlessly on message as Jarrett and as unwilling to provide any actual information. So maybe O’Donnell figured that repeated badgering was the only way to break her down.

It didn’t work, though, because she was asking about something so patently dumb. As Jarrett said repeatedly, what’s going on with Merrick Garland has precisely nothing to do with Obama’s schmoozing or lack thereof. Hell, Republicans themselves say the same thing. They have nothing against Garland and nothing new against Obama. They just don’t want to allow another liberal onto the Supreme Court. End of story. They make no bones about it.

More generally, the idea that Obama’s problems with Congress have to do with schmooziness betrays a truly puerile view of politics. It’s remarkable that there are reporters out there who are apparently still in thrall to this nonsense.